In-Stream Hydro Would Save Four Gigatons of Carbon by 2050 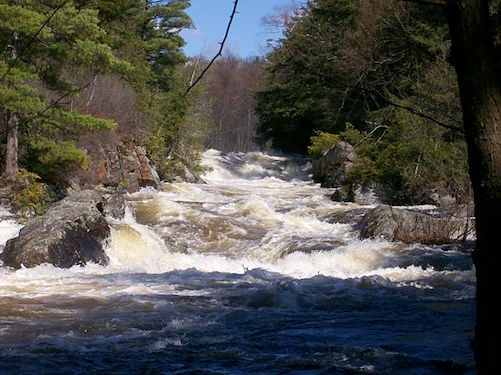 In-stream hydro ranks #48 on Drawdown’s list of climate solutions, with the potential to reduce atmospheric carbon dioxide by 4.0 gigatons by 2050, at a net cost of US$202.5 billion but with net savings of $568.4 billion.

When most of us think of hydropower today, writes Drawdown, we envision massive dam and reservoir systems that produce huge amounts of electricity—but at enormous cost to the health of rivers and all who live within and along them.

But there is something new on the horizon: in-stream turbines whose “blades rotate as water moves past”, in an “underwater analogue to wind turbines activated by the breeze”. The systems need no land-swallowing reservoirs, and generate no emissions.

“Because in-stream hydro can function in smaller waterways, where currents’ powerful, concentrated energy is often untapped, it is a strong candidate for providing electrification in remote areas,” Drawdown states, citing the Himalayas as “hotbeds of in-stream activity” as citizens harness the power of rivers fed by snow melt.

One sub-category of in-stream hydro, known as conduit hydropower, makes use of city water mains. Portland, Oregon, for example, has fitted 3.5-foot turbines inside its pipes to generate electricity “as water rushes down from the Cascades to the city.”

One assessment of hydrokinetic resources across the U.S. found that in-stream hydro could produce 100 terawatt-hours per year of “technically recoverable” energy.

Drawdown says great care must be taken to ensure that a particular “run-of-river” project actually lets the river run—since many involve diversion, or stack turbines together “so closely that flooding results when waters run high”. But with that caveat, a technology that is essentially an updated version of the ancient waterwheel “could well be important for our future.”