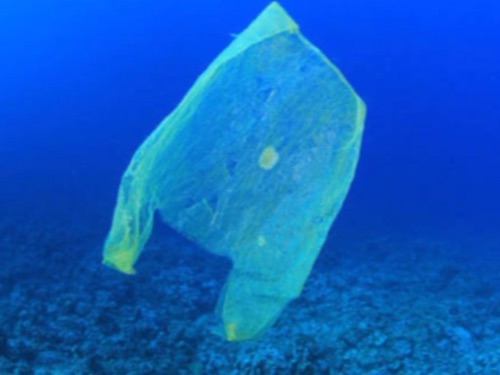 The eight million tonnes of plastic entering ocean ecosystems each year are having an impact on the bacteria that produce 10% of the world’s oxygen, according to a set of laboratory results published this week in the journal Communications Biology.

“10% of the oxygen we breathe comes from just one kind of #bacteria in the ocean. Now lab tests have shown these bacteria are susceptible to #plastic #pollution,” tweeted the science and engineering faculty at Australia’s Macquarie University, where lead author Dr. Sasha Tetu and colleagues conducted the study.

“We found that exposure to chemicals leaching from plastic pollution interfered with the growth, photosynthesis, and oxygen production of Prochlorococcus, the ocean’s most abundant photosynthetic bacteria,” Tetu said in a release. “Now we’d like to explore if plastic pollution is having the same impact on these microbes in the ocean.”

The study looked at two different strains of Prochlorococcus that are prevalent at different ocean depths, EcoWatch explains, exposing them to chemicals leached from plastic bags and polyvinyl chloride (PVC) matting. “The chemicals had a noted impact on the bacteria, impairing their growth and the amount of oxygen they produced, as well as altering their gene expression,” and pointing to the need to better understand the impacts of plastic pollution at the base of the food web.

“Our data shows that plastic pollution may have widespread ecosystem impacts beyond the known effects on macro-organisms, such as seabirds and turtles,” Tetu said. “If we truly want to understand the full impact of plastic pollution in the marine environment and find ways to mitigate it, we need to consider its impact on key microbial groups, including photosynthetic microbes.”