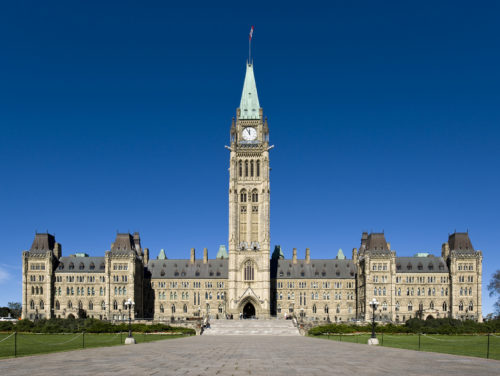 By nearly a two-thirds majority, Canadians believe it’s unacceptable for provinces to opt out of national efforts to fight climate change, and oppose governments like Doug Ford’s Ontario Conservatives spending taxpayers’ dollars to propagandize against measures like the federal carbon tax, according to a new Nanos Research poll conducted for the Globe and Mail.

With 64% agreement on both questions, “it’s pretty clear that Canadians don’t like the idea of provinces opting out, with the exception of Canadians in the Prairie provinces,” pollster Nik Nanos told the Globe. “While the carbon tax and the rebate is not a big political winner [for the Trudeau government], people definitely don’t like using provincial tax dollars to fight the federal carbon tax.”

The combined phone and online poll of 1,000 Canadians found the federal carbon tax rebate had limited impact on public opinion, with 54% replying that it made no difference to them and 27% saying it made them more supportive. “While provincial breakdowns have a larger margin of error, Mr. Nanos said it is clear people in Ontario and Quebec are less likely to support any provincial opposition to a federal carbon tax than those in the Prairie provinces who rely more heavily on fossil fuels for their economic livelihood,” the Globe reports.

“Federal Conservative Party Leader Andrew Scheer—who is campaigning against the federal carbon levy—can be content to see a 60-40 split between people who support the aggressive action on climate change and those who oppose it, given that the 60% cohort will split their votes among the Liberals, New Democrats, and Green Party,” the paper adds, citing Angus Reid Institute Executive Director Shachi Kurl.

The Globe notes that critics are challenging Ontario’s gas pump stickers and recently-introduced ad campaign as misleading, with Ontario Green Party spokesperson Jason LaChappelle calling them a “partisan spectacle”. On Monday, Ontario Auditor General Bonnie Lysyk weighed in, as well, asserting that the Ford government’s initial TV ad “would not have passed the auditor general’s review under the former version of the Government Advertising Act because it doesn’t include all the relevant facts,” the Toronto Star reports.

“But the ad does not note the federal tax rebates designed to offset higher fuel costs. For an Ontario family of four, the rebate will rise from $307 now to $718 a year by 2022. That’s a net annual gain of $70 per household.”