Food Waste Composting Would Save 2.28 Gigatons of Carbon by 2050 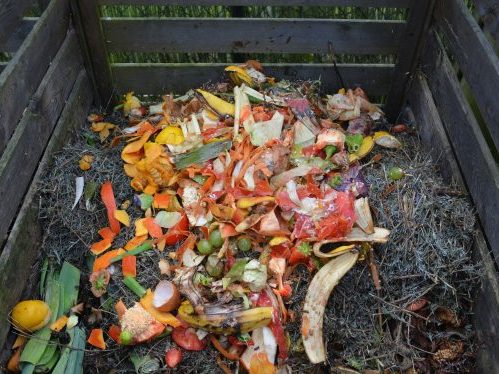 Normalizing and intensifying the composting of food waste ranks #60 on Drawdown’s list of climate solutions, with the potential to reduce atmospheric carbon by 2.28 gigatons by 2050.

“Human beings have long used compost and manure to feed their crops and gardens, without understanding the mechanism of its benefits,” Drawdown notes. It was this gap in understanding, in part, that enabled the triumph of chemical fertilizers through the 20th-century and into the present day.

What farmers the world over (happy to use these affordable and labour-friendly “inputs”) failed to understand was that while chemistry could help plants grow, it could not nourish the soil itself, since that complex process depends fundamentally on microbiology.

“There are more microbes in a teaspoon of healthy soil than there are people on the planet,” Drawdown states, and every one of them is hard at work, breaking down organic matter from dead animals and plants so that key nutrients may once again be in circulation, while helping “supply those key nutrients to plants’ roots, precisely where they are needed.”

“From nitrogen to potassium to phosphorus and beyond, microbes keep the plant world thriving,” writes Drawdown. And now these “wee beasties” can help us fight global warming.

That’s because many people on the planet are producing prodigious amounts of food waste. Especially in cities, much of it ends up in landfills, where it decays in an anaerobic environment and produces methane, a greenhouse gas 34 times more potent than CO2. Diverting food waste (and other organics like lawn clippings) to composters will thus dramatically reduce emissions, writes Drawdown.

More and more jurisdictions are acting on the epiphany that soil lives and breathes, feeds and needs to be fed. Drawdown’s list includes Copenhagen, which “has not sent organic waste to landfill in more than 25 years;” San Francisco, whose 2009 ordinance “makes composting the city’s food waste mandatory;” and Seattle, which “monitors curbside bins and now tags and fines those who violate its composting requirement.