Daimler Promises Carbon-Neutral Fleet by 2039, But Analysts Query the Details 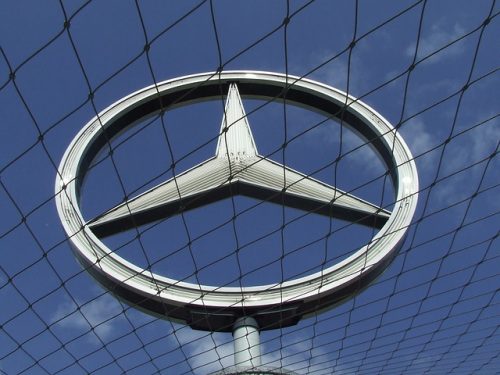 German automotive giant Daimler AG has announced plans to phase out “traditional combustion” cars and shift its global sales to a completely carbon-neutral fleet by 2039, prompting one U.S. analyst to acknowledge the company’s “aggressive timeline” but still contrast it with the 2030 carbon phasedown target in last year’s IPCC report on 1.5°C pathways.

“To us, the Paris Agreement is more than an obligation—it’s our conviction,” Daimler said in a release and repeated in a blog post. “And we have set a clear course to help prevent further acceleration of climate change. However, this transformation is a huge challenge—technologically and financially. After all, we want to make sustainable mobility even more exciting, not more expensive. And of course this is also about sustainable business results.”

The company is promising carbon-neutral production facilities in Europe by 2022, and intends electric vehicles to account for 50% of its sales by 2030.

“Let’s be clear what this means for us: a fundamental transformation of our company within less than three product cycles,” the news release added. “That’s not much time when you consider that fossil fuels have dominated our business since the invention of the car by Carl Benz and Gottlieb Daimler some 130 years ago.” And the company isn’t entirely sure that the path to that transformation is clear.

“Our current focus is on battery-electric mobility,” said incoming Daimler Chair Ola Källenius, currently the head of Mercedes research. “But there’s also room and need to continue to work on other solutions, for example, the fuel cell or eFuels.” Since “no one knows for sure which drivetrain mix will best serve our customers’ needs 20 years from now,” he said in a prepared statement, Daimler is encouraging policy-makers to set the target for “tech neutrality” but not the means to achieve it.

“The transformation to a sustainable mobility of the future will only succeed if the auto industry, energy suppliers, and policy-makers are working hand in hand,” the blog post stresses. “It requires massive investments and tangible action also beyond the auto sector. Carbon-neutral energy and a comprehensive infrastructure are indispensable for this system change. And we are open to a discussion on effective CO2 pricing as well as incentives for low/no-carbon technology—preferably on a global scale.”

On The Huffington Post, Business Editor Alexander Kaufman says the announcement represents “the most ambitious target of any major automaker to cut its planet-warming emissions,” coming in 11 years ahead of Volkswagen’s 2050 deadline for carbon neutrality.

“Yet the automaker gave few details. And while its new voluntary targets are unprecedented, the timeline remains far slower than what scientists say is needed to keep planetary warming under 1.5°C (2.7°F), the target set by the Paris Agreement,” he writes. “That misalignment highlights the limitations of corporate self-policing, a reality underscored by Daimler’s continued membership in trade associations that lobbied the Trump administration to reverse Obama-era fuel efficiency rules,” including the Alliance of Automobile Manufacturers, the National Automobile Dealers Association, and the Association of Global Automakers.

“On the one hand, it is stunning that Daimler wants to move forward when Trump and the U.S. auto industry are moving in reverse,” Daniel Becker, director of the Washington, D.C.-based Safe Climate Campaign’s Center for Auto Safety, told Kaufman. “On the other hand, 2039 is slow given what we face in terms of global warming, and the devil is in the details with this kind of thing.”

He added that Daimler’s accent on carbon neutrality, rather than a clear emissions reduction target, opens a door for the company to hit its goal with carbon offsets rather than an actual transformation of its operations. “If you’re depending upon some forest…continuing to grow to be carbon neutral, that’s not a guarantee,” he said. “If you’re going to slash emissions, that works.”