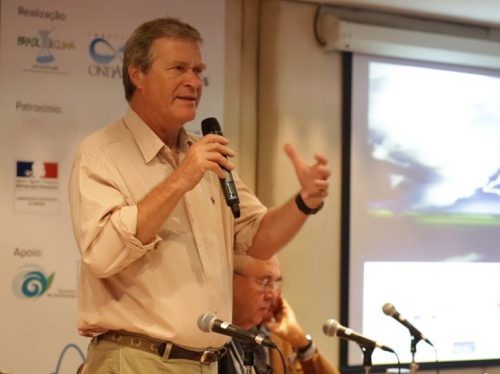 Brazilian President Jair Bolsonaro has fired the self-described “militant environmentalist” at the helm of his country’s Forum for Climate Change, after the group began organizing a dozen state governments to set up their own climate policy council, independent of the federal government.

Alfredo Sirkis, a former congress member, Green Party co-founder, and one-time guerilla fighter against the country’s previous military government, had been appointed to head the Forum by former president Michel Temer, Reuters reports. That ended when Bolsonaro dismissed him Friday.

“For me it was absolutely no surprise,” he said. “Because I’m a militant environmentalist for more than 30 years…I’m too politically involved in the environmental struggle.”

He added that he’d been fired at the request of Environment Minister Ricardo Salles, who along with Bolsonaro has questioned whether human activity is causing climate change. “Salles has previously refuted that the government is weakening environmental protections, saying the ministry’s restructuring is aimed at making regulations more efficient and effective,” Reuters states. But “the new government downgraded the importance of the climate change portfolio within the Environment Ministry, with its powers over the country’s water agency and forestry service also being stripped.”

Brazil has remained in the Paris Agreement so far, and Sirkis’ replacement, São Paulo state environment official Oswaldo dos Santos Lucon, did not signal any immediate change to that position. “What I can say for now is that I trust in scientific evidence, in institutions, and the need for joint efforts to comply with multilateral agreements to which Brazil is party,” he said.