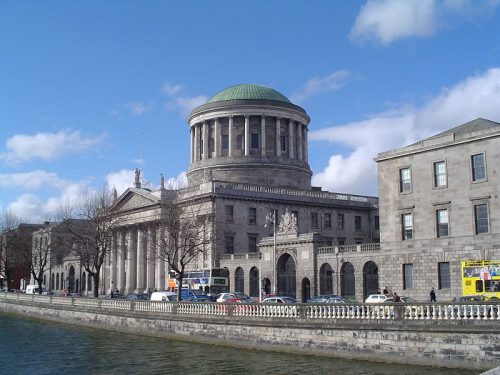 Ireland has become the second country, after the United Kingdom, to declare a climate emergency, with Climate Action Minister Richard Bruton warning that “things will deteriorate very rapidly unless we move very swiftly, and the window of opportunity to do that is fast closing.”

“Great news from Ireland!!” tweeted #FridaysforFuture founder Greta Thunberg in response. “Who is next?”

The initiative by the Fianna Fáil party, which commits the parliament “to examine how [the Irish government] can improve its response to the issue of biodiversity loss,” was adopted Thursday without a vote. BBC says the Oireachtas Climate Action report to which the amendment was attached was the product of a citizens’ assembly, and Ireland will be pursuing a similar process to address the biodiversity crisis.

Fine Gael’s Hildegarde Naughton, chair of the country’s climate action committee, said more action was needed in addition to the “important statement”, and urged the government to fast-track climate legislation, The Independent reports. Irish Green Party leader Eamon Ryan noted that “declaring an emergency means absolutely nothing unless there is action to back it up,” BBC adds. “That means the Government having to do things they don’t want to do.”