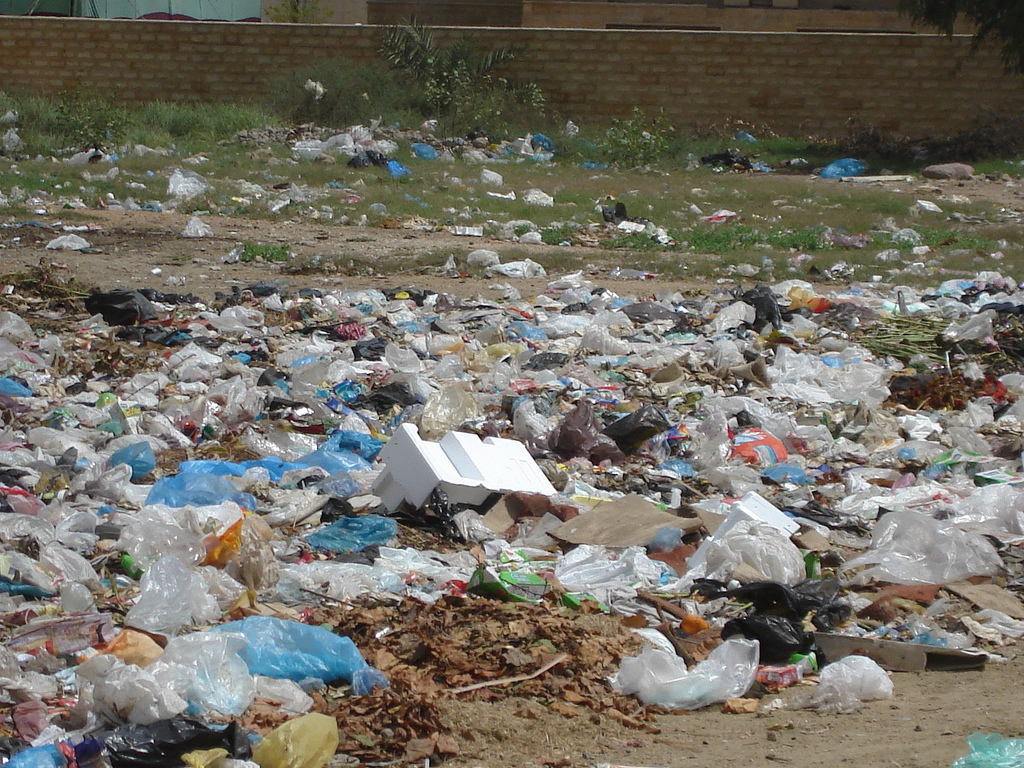 A total of 187 countries—but not the United States—agreed Saturday to control the flow of plastic waste across national borders by amending the Basel Convention, an international treaty that regulates global flows of hazardous materials.

“The resolution means contaminated and most mixes of plastic wastes will require prior consent from receiving countries before they are traded, with the exceptions of mixes of PE, PP and PET,” CNN reports, citing the World Wide Fund for Nature. WWF called the agreement “a highly welcome step towards redressing this imbalance and restoring a measure of accountability to the global plastic waste management system.”

The decision capped a two-week meeting in Geneva where the U.S.—as one of only two countries that have not ratified the convention—could not formally obstruct progress, as it has done since 2017 in negotiations to implement the Paris climate change agreement. “Although it sat out of the decision, the ruling will still apply to the United States when it tries to trade plastic waste to virtually any country in the world,” CNN notes.

And it came a week after InsideClimate News reported that shareholders were pressuring producers of fossil fuel feedstocks for plastics to explain what they’re doing to curtail the flow of waste to the world’s oceans and waterways.

“Plastics represent a new direction for the activist shareholders, who for years have focused on greenhouse gas emissions from fossil fuels in their effort hold corporations responsible for the environmental fallout of their industries,” InsideClimate stated. “By turning attention to plastics, the investors hope to kick-start a conversation with the industry that will provide a realistic view of the size and scope of the plastics problem, exemplified by the millions of tons of garbage left behind to float in the oceans when plastics are not recycled.”

“This is a crucial first step towards stopping the use of developing countries as a dumping ground for the world’s plastic waste, especially those coming from rich nations,” said Break Free from Plastic Global Coordinator Von Hernandez. “Countries at the receiving end of mixed and unsorted plastic waste from foreign sources now have the right to refuse these problematic shipments, in turn compelling source countries to ensure exports of clean, recyclable plastics only.”

But “recycling will not be enough,” Hernandez stressed. “Ultimately, production of plastics has to be significantly curtailed to effectively resolve the plastic pollution crisis.”

“Today’s decision demonstrates that countries are finally catching up with the urgency and magnitude of the plastic pollution issue and shows what ambitious international leadership looks like,” added David Azoulay, environmental health director at the U.S. Center for International Environmental Law (CIEL). “Plastic pollution in general and plastic waste in particular remain a major threat to people and the planet, but we are encouraged by the decision of the Basel Convention as we look to the future bold decisions that will be needed to tackle plastic pollution at its roots, starting with reducing production.”

With an estimated 100 million tons of plastics now contaminating the world’s oceans, 90% of it from land-based sources, the issue of plastic pollution has been gaining prominence over the last couple of years. Recently, countries like China, Malaysia, Thailand, Vietnam, and India have moved to either ban or restrict imports of plastic waste from other countries, and Philippines famously armtwisted Canada into taking back several mislabelled shipping containers of mixed waste, including plastics, that arrived between 2013 and 2014.

Last week, CNN says, nearly a million people signed a global petition coordinated by Avaaz and SumOfUs, urging governments to prevent western countries from “dumping millions of tonnes of plastic waste on developing countries instead of recycling it.”