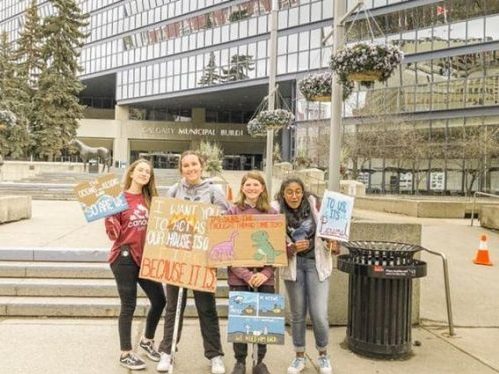 A climate adaptation question on a high school French exam in Quebec triggered a wave of pushback from students—which in turn received an acknowledgement from the provincial education minister.

“The question on last week’s ministry exam for Grade 11 students asked: ‘Can we adapt to climate change?’” The Canadian Press reports. “It quickly drew the ire of students like 17-year-old Francis Claude, who feels the way the question was phrased suggests the government has accepted climate change.”

“What’s the point of studying for a future we’re not going to have?” he asked. “I couldn’t believe that they’d dare to give us that question when we are the ones who are most concerned with climate change,”

“We are living in this world, and we’re not going to live anywhere else, so why shouldn’t we try to change it?” added Olivia Ralston, one of Claude’s classmates at Mont-Ste-Anne school in Beaupré, northeast of Quebec City.

“We’re able to raise, I don’t know how much money to rebuild the (Notre Dame) Paris cathedral, but for the climate, it’s like they do nothing,” said Kiaira Morand-Tremblay, 17, of Montreal.

Education Minister Jean-François Roberge responded on Twitter, “saying it would have been better had the exam asked students how to fight climate change, rather than how to adapt to it,” CP says.

“On the other hand, I’m proud that the youth are so sensitized and mobilized on this issue,” Roberge wrote.

“Ralston said some students put a green dot on their exam to signify climate change, and others have since started wearing the symbol as a call for action,” CP states.

Claude said the province’s next major student strike is set for May 17 in Montreal and Quebec City.