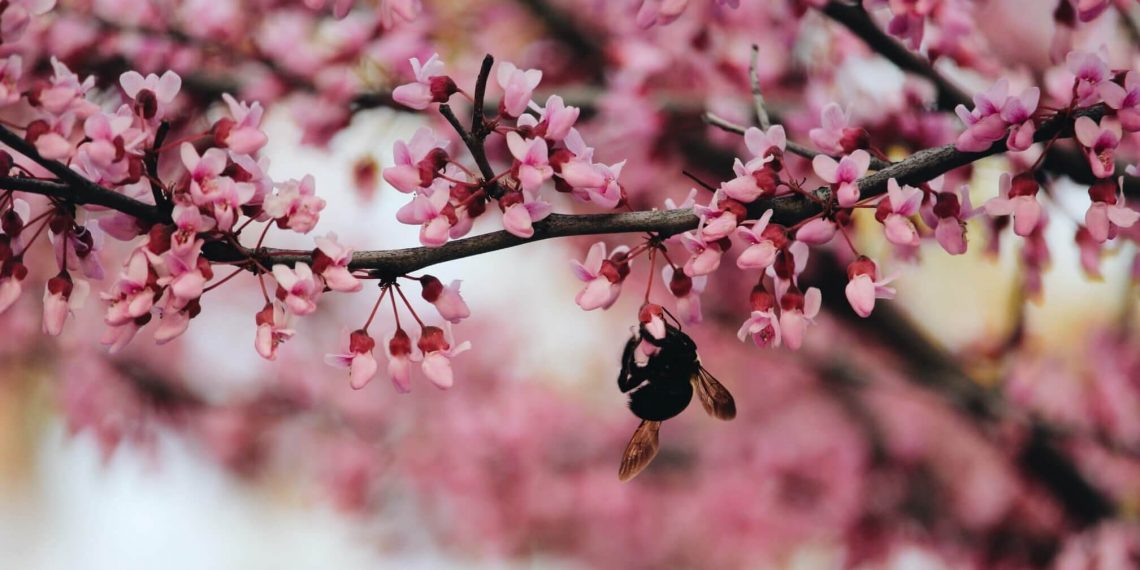 Blossom is vital for feeding insects and birds. Image: By Zuleika Sequeira on Unsplash

While many of the UK’s traditional orchards are vanishing, new orchards are being planted to help wildlife and to slow global warming.

LONDON, 8 May, 2019 − New orchards are appearing across the UK to stop the widespread decline of rare insects and birds, and to slow down climate change.

The National Trust, Britain’s largest conservation organisation, which owns hundreds of miles of coastline as well as country houses and farms, already looks after 200 orchards, but is to create another 68 across England by 2025 to try to halt a national decline.

There are still 25,350 hectares (62,650 acres) of orchards in the country − but that is 63% less than in 1950. Many are commercial monocultures. As a result, many rare types of apple are in danger of being lost and plum, pear and damson production is in decline.

Apart from saving endangered species of fruit from old orchards, the Trust is keen to preserve the bees that thrive on the springtime blossom and many other rare species of insect that live only on fruit trees. Unlike commercial growers, the Trust will be managing its new orchards without pesticides, and specifically for wildlife.

“Every tree is precious because it can become a home for birds such as the lesser spotted woodpecker, bats and mistletoe moth”

It will provide new habitats for insects like the noble chafer, a rare and beautiful relative of the scarab beetle, coloured a metallic bronze-green, as well as many other species that live mainly in old orchards.

Traditional orchards are far better for wildlife than commercial ones because they often contain very old trees, and have more space between them. Wildflower meadows are often grown underneath the trees to encourage insects to pollinate blossom when the trees burst into bloom.

The new orchards will also store carbon in the trunks of the growing trees and in the grassland below.

National Trust rangers and their volunteer teams will keep a close eye on the trees and encourage tits and other insect-eating birds to nest in the trees to eat caterpillars and help keep other pests down.

Dr David Bullock, head of species and habitat conservation at the Trust, said: “We launched a new wildlife and nature strategy in 2015. We identified traditional orchards as being of particular importance because they provide the perfect home for a variety of birds, pollinators and insects, as well as being great for people.

“Every tree is precious because it can become a home for birds such as the lesser spotted woodpecker, bats and mistletoe moth. The amazing number of apple and other traditional fruit varieties that we can plant reflects the wonderful diversity of life.”

Traditional orchards were listed as one of the 65 priority habitats in the UK’s Natural Environment and Rural Communities Act 2006, but they have continued to decline.

Dr Bullock says that as well as providing homes for wildlife traditional orchards are also important for conserving heritage fruit varieties such as two cider apples, called Jackets and Petticoats, and Ashmead’s Kernel.

“They are also vital for people. They provide us with delicious local and seasonal food and drink, they are places for people to enjoy and gather, have great cultural significance, and are places of beauty.”

One of the Trust’s properties, Cotehele, a medieval house in Cornwall in the far south-west of England, has seven orchards covering approximately 15 acres (six hectares), which are home to over 125 varieties of apple tree including the Cornish Honeypinnick, Limberlimb, Pig’s’ Nose and Lemon Pippin.

David Bouch, head gardener at Cotehele, says: “As we’re so far south, many flowers and trees come into bloom slightly earlier than elsewhere in the country because we experience milder winter temperatures.

“Apple blossom is such a delicate flower. It starts off with a tinge of pink when in bud, before bursting forth to reveal a fragile, snowy white flower which, for me, is hopefully a sign of the last of the frosts and the orchard bursting into life, from the bees to the wildflowers to the hope of a successful apple harvest.” − Climate News Network