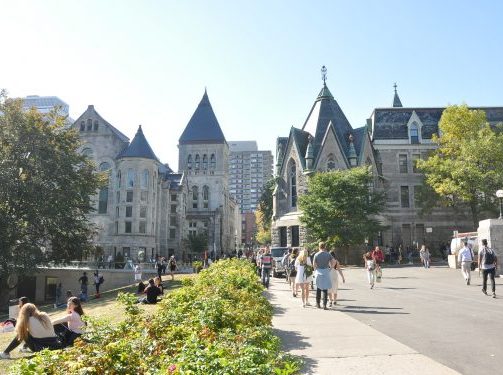 Two professors have resigned from the McGill University Board of Governors, in anticipation that the institution will reject its own Senate’s resolution to divest its holdings in fossil fuels.

In a recent open letter published on National Observer, Profs. Darin Barney and Derek Nystrom declare the impending decision an “unconscionable” disregard for the cardinal principle of collegial governance, and for the university’s embrace of ethical investing.

Barney and Nystrom focus some of their concern on McGill’s Committee to Advise on Matters of Social Responsibility (CAMSR), which has directed the university to commit to socially responsible investing—but has proven an extraordinarily lax custodian of its own mandate, they say. In 2015 and again in 2016, the professors report, CAMSR turned back requests “for phased divestment of McGill’s holdings in the top 200 global fossil-fuel companies” from what they describe as a diverse and growing group of McGill students and faculty.

In its 2016 judgement, CAMSR declared itself “unconvinced that grave injurious impact resulting from the activities of the top 200 fossil fuel companies or a particular fossil fuel company has occurred at this time.” The committee reached that conclusion despite “decades of environmental science,” they write, subsequently capped by the 2018 IPCC report on 1.5°C pathways.

Then in 2018, “the McGill Senate adopted a resolution stating that it ‘favours, in principle, a move to divest the endowment from all companies whose primary business is the extraction, distribution, and/or sale of fossil fuels, and from all mutual funds that invest in such companies’,” Barney and Nystrom write. Rather than responding directly to the resolution, as the principle of collegial governance would demand, the Board referred the matter back to CAMSR, “the same committee that has twice rejected calls for divestment from fossil fuels, and which is currently chaired by a former executive in the petroleum industry.”

That end-run round the Senate resolution ultimately forced Barney and Nystrom to resign, they write, since it signaled “direct interference by the Board in the collegial governance of the university.”

“Universities are distinct in that their most important decisions, including about the meaning and demands of their mission, rest with the collegium—the gathering of students, faculty, staff, and administrators that constitutes the university,” they write. “At McGill, the collegium is represented by Senate, the most representative and accountable body at the university.”

And that body voted “overwhelmingly in favour of fossil fuel divestment.”