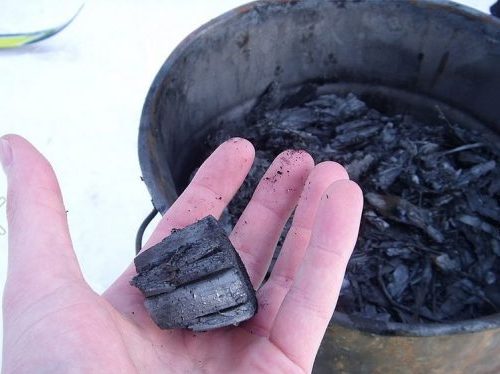 Accelerating the production of biochar ranks #72 on Drawdown’s list of climate solutions, with the potential to reduce atmospheric carbon by 810 megatons by 2050.

Biochar is the modern-day term for an extraordinarily powerful soil amendment produced by slowly baking biomass in anaerobic or near-anaerobic conditions, Drawdown explains. It was well-known to the ancient peoples of the Amazon, who disposed of all their waste by burying and then burning it, and used the resultant terra preta (“black earth” in Portuguese) to nourish soils which sustained their thriving civilizations for millennia.

Unlike the slash-and-burn process introduced by Europeans and still practiced today, which leaves only residues of charcoal atop the naturally thin Amazonian soil which then swiftly wash away in heavy tropical rains, terra preta agriculture has been proven to maintain soil fertility “for many decades—more than 500 years in some studies.”

And this charred carbon really is a superhero for the soil, writes Drawdown. Its incredibly porous structure, akin to a coral reef, is “riddled with nooks and crannies that catch nutrients, hold on to water, and help vital microorganisms to set up shop.” Furthermore, it “functions as a nutrient magnet, carrying a negative electrical charge that pulls in positively-charged elements such as calcium and potassium [which] can reduce soil acidity caused by nitrogen fertilizers and increase yield.”

And when it is “rendered stable” during the burning process, the carbon in biochar “can be held for centuries in the soil—a much delayed return to the atmosphere, effectively interrupting the normal carbon cycle [of surface decay into CO2 and methane] and putting it into slow motion.”

In theory, Drawdown states, “biochar could sequester billions of tons of carbon dioxide every year, in addition to averting emissions from organic waste.” Uncertainty remains, however, as “regulation and enforcement” will be key to ensuring that biochar feedstock comes only from organic waste. That distinction matters, as stripping the land of biomass or cutting down trees would utterly defeat the purpose—further degrading soil and worsening climate change.