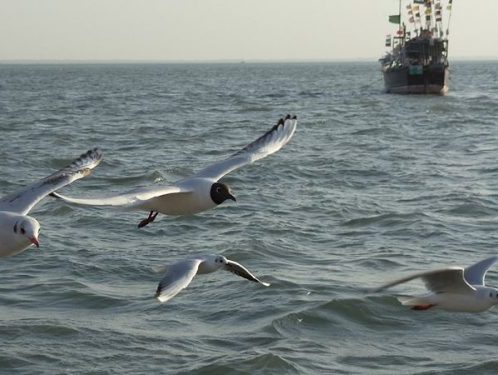 In a precedent-setting case that corporate polluters will be watching closely, fishers in India’s westernmost state of Gujarat have taken their plea for reparations against the financier of a massive coal plant to the U.S. Supreme Court—which recently ruled in their favour.

Before the Tata Mundra “ultra mega” coal-fired power plant was built on the shores of the Gulf of Kutch, fishers up and down the coast and farmers just inland could make a living for themselves and their families, reports Sierra Magazine.

Today, with soil tainted by coal dust and fly ash, groundwater contaminated with seawater post-construction, fish stocks destroyed by the dredging required to build the power plant, and offshore waters carrying waste from the plant’s outflow channel, both farmers and fishers are struggling.

Four years after the Gujarat state government established a 40-square-mile “special economic zone” along its western coast, the Tata Mundra power plant was built—with backing from a US$450-million loan from the International Finance Corporation (IFC), a branch of the World Bank, in 2008.

The plant was one of a number of projects included in Prime Minister Narendra Modi’s 2014 announcement of a “master plan” to provide electricity to all Indian homes by March 2019. But  “few if any of the resulting projects took into consideration their potential environmental and public health impacts,” trade unionist and fishers’ rights advocate Bharat Patel told Sierra.

“While coal is proving to be a cheap source of electricity, the coal plants haven’t translated into infrastructure or other investments for the region,” the magazine adds. Roads around the plant are still made of dirt, and people continue to “rely on the soil and the sea to eke out a living.”

Determined to “hold large-scale developers like the Tata Group and its funders accountable for ruining the local ecology, and their livelihoods,” Sierra says a grassroots coalition of village leaders, aided by environmental activists and lawyers both in India and overseas, took action.

With the help of Joe Athialy, executive director of the New Delhi-based Center for Financial Accountability, Patel and 58-year-old fisherman Budha Ismail Jam “sent a petition to then-World Bank president Jim Yong Kim, demanding that the World Bank recognize the IFC’s environmental policy violations in building the Tata Mundra plant and ‘develop remedial action that has a clear timeline.’” The demand that the bank withdraw its funding for the project “netted almost 30,000 signatures—the first time an Indian petition arrived at the World Bank bearing so many,” adds Sierra.

In April 2015, after the effort to find justice through India’s national green tribunal came to nothing more than Tata providing a twice-weekly delivery of potable water, the fishers and their allies filed a class action suit against the IFC in U.S. District Court. The IFC claimed immunity as an international organization under a 1945 statute, and the court agreed—but that wasn’t the end of the story. With backing from the Stanford Supreme Court Litigation Clinic, the community pressed its case to the highest court in the land, where justices focused on whether global institutions should be above the law, or subject to any degree of accountability.

At a hearing last October, the IFC was represented by Obama-era solicitor general Donald Verrilli Jr., who argued that a win for the plaintiffs would “unleash a flood of lawsuits” against international agencies that are only striving to raise global standards of living. “A surprise counter to that argument,” Sierra reports, “came from the Trump administration,” with Assistant to the Solicitor General Jonathan Ellis objecting to the notion of absolute immunity. The fishers also had support from legislators on both sides of the U.S. House of Representatives.

In February, the court ruled 7-1 that “international organizations like the IFC do not enjoy ‘virtually absolute immunity’ and therefore can be sued,” and sent the case back to the District Court for a ruling. Parties now hope the IFC will choose to settle out of court.

“Regardless of the outcome of the case in the lower court, the plaintiffs—who plan to submit a complaint to the Asian Development Bank—will persist,” the magazine notes. “We don’t have any other alternative than to continue the struggle,” Patel said.