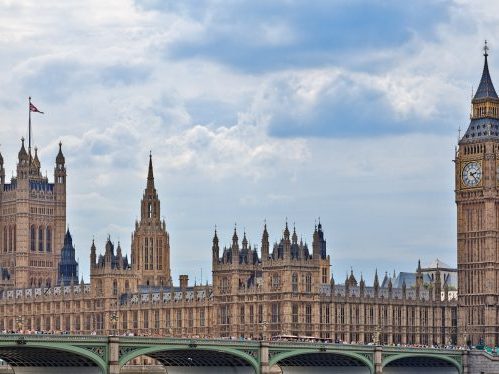 The United Kingdom will become the first country in the world to declare a climate emergency this week if the House of Commons supports a motion to be put forward by Labour leader Jeremy Corbyn.

The motion comes as confidential documents show the UK spending only a fraction of the £100 million it set aside in 2015 for clean air projects, The Observer reports.

Corbyn “will demand on Wednesday that the country wakes up to the threat and acts with urgency to avoid more than 1.5°C of warming,” the UK paper states. The motion “will call for new targets on the mass rollout of renewable and low-carbon energy and transport, proper funding of environmental protection, reversing species decline ,and developing plans to move towards a zero-waste economy.”

The legislative move will “place Conservative MPs under pressure to back the plan, or explain why they refuse to do so, now fears over the combined problems of air pollution and climate change have risen to the top of the political agenda,” the paper adds.

On Saturday night, Corbyn called the mounting wave of climate protests “a massive and necessary wake-up call” demanding “rapid and dramatic action, which only concerted government action and a green industrial revolution can deliver.” He said the UK parliament could “trigger a wave of action from governments around the world” by becoming the world’s first national legislature to declare a climate emergency.

“Unless we take rapid action to reduce the amount of carbon dioxide we are releasing into the atmosphere, we face total catastrophe,” said Labour shadow business secretary Rebecca Long-Bailey, adding that “winning slowly on climate change is the same as losing.”

#FridaysforFuture climate strike founder Greta Thunberg called the initiative “a great first step because it sends a clear signal that we are in a crisis and that the ongoing climate and ecological crises must be our first priority.” That matters, she said, because “we cannot solve an emergency without treating it like an emergency.”