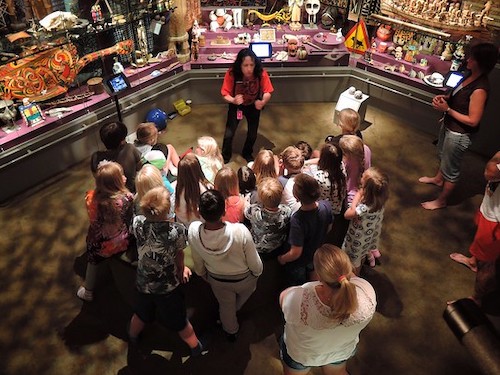 With entrepreneurs, engineers, scientists, and policy-makers working feverishly on the massive changes demanded by the climate crisis, every community needs a storyteller to help “galvanize” the population to support that activity, according to Climate Narrative Project founder Jeff Biggers.

“We have a climate communication crisis as much as a climate crisis,” said Biggers, who founded the narrative project in 2014 and now “works with high schools, universities, and communities across [the United States] to fuse science and art into new narratives about climate change and solutions that cut across disciplines and media,” EcoWatch reports, in a post republished from The Revelator.

And that crisis owes not just to “a formidable lobby of oil, gas, and coal,” but to “the noise, the distractions, and the globalization of indifference to injustice in daily life.”

Biggers stated that, “while the majority of Americans recognize the growing problem of climate change, surveys have found that most people rarely discuss it or know how to engage in real action.” He added that he’d seen the same dynamic before, “as a long-time organizer and environmental justice chronicler in coal country,” where advocates often “failed at communicating the right story to galvanize enough support to change destructive policies or hold outlaw coal companies and their bankrolled politicos accountable.”

Based on that experience, he’s urging the climate community to “bring together science, humanities, and the arts to come up with new climate narratives that could galvanize action and envision ways for regenerative solutions: in effect, to train a new generation of climate storytellers as community organizers.”