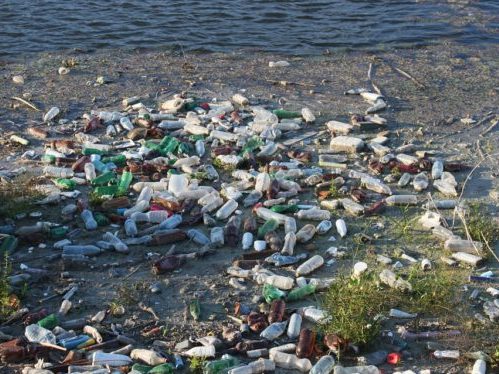 With carbon pollution from every stage of the plastics life cycle on track to grow four-fold by mid-century, a new study in the journal Nature Climate Change lays out a set of four strategies that, taken to their extreme, could reduce those emissions by up to 93% from what they would otherwise be in 2050.

But the strategies are so far beyond today’s practices that the study authors say any expectation of fully implementing them would range from “unrealistic to ridiculous”.

The study, published last week, “calculated the life cycle emissions of different types of plastics, made from fossil fuels and from plants, and looked for ways to lower their total greenhouse gas emissions,” InsideClimate News reports. It found that not all plastics have the same emissions profile, and “there is no silver bullet. Every combination of plastics production and end-of-life disposal generates greenhouse gas emissions.”

For example, using 100% renewable energy to produce plastics from fossil feedstocks would reduce emissions for each unit of output by half—but with plastics demand on the rise, total emissions would still roughly double between 2015 and 2050.

“Adding both aggressive recycling that keeps plastics out of landfills and incinerators and efforts that reduce the growth in demand for plastics by half to that scenario could further lower greenhouse gas emissions from plastics to roughly the amount produced in 2015,” InsideClimate explains. “Using plant-based feedstocks instead of fossil fuels could lower it even more.”

That combination—plant-based feedstock (the researchers assumed sugarcane), 100% renewables for production, 100% recycling, and cutting the annual growth in plastics demand by half—would cut plastics-related emissions 74% from 2015 levels, and 93% from the business-as-usual projection for 2050.

But hitting that target would mean implementing the strategy “at unprecedented scale and pace”, the study stated, at a time when the global plastics industry is growing 4% per year. InsideClimate notes that bioplastics accounted for less than 1% of total feedstock in 2015, only 18% of plastic waste was being recycled, and shifting all petroleum-based feedstocks to corn or sugarcane would use up to 5% of the world’s arable land, putting pressure on available land and freshwater.

“The strategies that we tested are anywhere between unrealistic to ridiculous, to be honest,” said co-author Sangwon Suh professor of environmental science and management at the University of California, Santa Barbara. “What we realized as a result of the study was the magnitude of the challenge that we are facing really requires an unprecedented level of effort to mitigate greenhouse gas emissions.”