Planners Look for U.S. ‘Climate Havens’ to Receive Millions of Internal Migrants by 2100 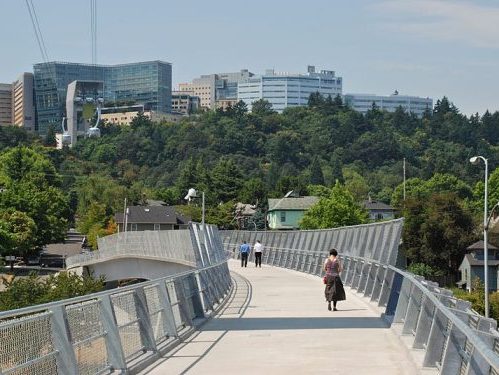 Urban planners are looking to cities like Duluth, Minnesota, Buffalo, Cincinnati, and Portland, Oregon as future refuges for climate migrants displaced within the United States by rising seas and higher temperatures.

“As climate change brings more stifling summers, worse flooding from storms and rising sea level, crueler droughts, and ever-longer allergy seasons, what Americans consider a nice place to live may shift, along with Americans themselves,” the Thomson-Reuters Foundation reports.

And “some of the changes won’t be by choice, scientists warn. As many as 13 million Americans could be displaced by rising seas alone by 2100, six million of them in Florida, according to estimates published in 2017 in the journal Nature Climate Change.”

“To look for places that are potential climate havens, we have to look for locations where key resources, such as water, will not be short in the future, and where extremes are not already overwhelming,” she said.

The report “warned of growing water scarcity in large swathes of the southwest and the northwest, more people exposed to illnesses such as Lyme disease in the southeast, flooding in the northeast, and declining harvests in the Midwest as temperatures rise,” Thomson Reuters notes. “Coastal and island communities also could suffer higher storm surges and heavier precipitation.”

Wilfrid Laurier University geographer Robert McLeman said urban planners must begin preparing for waves of climate migrants, based on his own study of the 2.5 million people displaced by the 1930s Dust Bowl in the U.S. Plains. “Potential refuge cities may struggle to build costly infrastructure, such as water treatment plants and gas and electricity supplies, without a large enough tax base ahead of time to pay for them,” the news agency states. “And with researchers predicting that nearly two million residents of Florida’s Miami-Dade County could face coastal flooding by 2100, McLeman said the scale of needed preparations is daunting.” “If a city the size of Miami has to be relocated, heaven help the United States,” he warned.