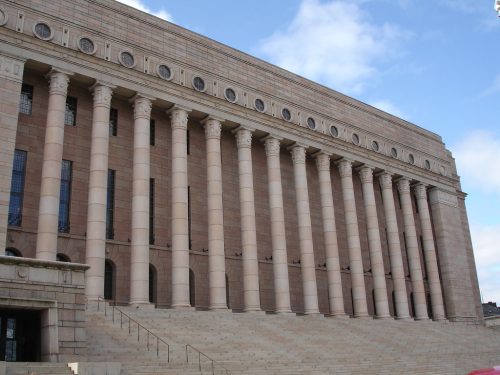 Finland is in line for a change in its governing coalition, after the centre-left Social Democrats eked out a close win in what Greenpeace Finland described as the country’s “climate election”.

The Social Democrats prevailed with 17.7% of the vote, against 17.5% for the nationalist Finns Party and 17% for the centre-right National Coalition. Reuters said it was the first Finnish election in a century in which no party took at least 20% of the vote.

“In Finland, one-third of which sits above the Arctic Circle, most parties campaigned on taking greater climate action,” EcoWatch reports, with Finns differentiating itself as the only one out of nine parties to claim that a solid response to the climate crisis was a matter of urban elites imposing sacrifices on ordinary voters. The commentary that followed pointed to sharply differing views on the role of climate messaging in shaping the election result.

“Never before has climate and the limits of planet Earth been discussed with such seriousness in Finland,” Greenpeace said.

“Well-meaning people wanted to make these elections climate elections, but they only set the table for an election victory for the Finns Party,” countered Helsingin Sanomat columnist Saska Saarikoski, in a tweet before the votes were counted. “Could we learn something from this?”

EcoWatch says the campaign “broke a trend in northern European elections by seeing climate displace immigration as the right’s favourite hot-button issue,” a move that Adelphi project manager Stella Schaller saw as a possible trend in the making. “They use identity-laden frames, such as national independence, the homeland, our nature and environment,” she told the New York Times. “They make it an emotional issue by fueling fears of rising energy prices and higher consumer costs. The way they communicate about this is dramatic and personal.”

Social Democrat canvasser Anita Hellman said Finns had distorted her party’s message, delivering the false fear that “the Social Democrats will come and rip your car out of your front yard.”

But EcoWatch says many other voters had climate on their minds. “For everybody, it’s about the climate. It’s kind of a climate election. Everybody’s feeling some kind of a depression about it,” Helsinki interior architect Sofia Frantsi told The Associated Press.

While the Greens and the Left Alliance both increased their vote share, BBC says the lack of a clear winner in the campaign might make it difficult to build a governing coalition.