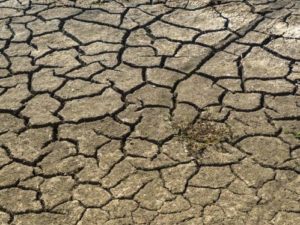 While technical fixes like lowering municipal water pressure helped Cape Town keep the taps on through its recent drought, it was the city’s carefully calibrated and data-savvy escalation of camaraderie-building outreach (that, and some actual, long-overdue rain) which truly helped avert Day Zero.

Checking in on Cape Town’s water situation a year after the city came perilously close to running out, CityLab reports the city of four million “has apparently made it through the worst of a historic drought without turning off the taps, although the water supply is still tenuous”.

For “cities globally facing increasing risk of extreme environmental events,” the publication adds, the “largely hopeful” takeaway from Cape Town’s experience, is that there exists no “silver bullet” to building up a resilient water supply system, only a “barrage of efforts”.

One key weapon in Cape Town’s battle to keep supplies available was the installation of a new low-pressure water system in January 2018, a move which immediately reduced overall municipal water use by about 10%.

Then there were the directly punitive conservation measures, like a sharp increases in water tariffs and “enforcement of prohibitions on heavy users, prohibiting use of municipal water for swimming pools, lawns, and similar non-essential uses”.

But it was the city’s initially slow-but-steady, then urgent program of civic outreach to build “large-scale cooperation by a wide swath of residents, businesses, and other stakeholders” that really reduced water use.“It doesn’t matter how much technical expertise you’ve got, but you actually have to stand back and understand the system more broadly,” said University of Cape Town environmental geographer Gina Ziervogel.

For Cape Town officials, “this meant using data more effectively to prompt people to save water,” CityLab adds.The city’s strategic data deployment dates back to 2017, when it began “ratcheting up its drought-awareness campaign [by] publishing weekly updates on regional dam levels and water consumption and using electronic boards on freeways to notify drivers of how many days of water supply Cape Town had left.

”Following a January 2018 announcement that “galvanized a 30% drop in residential consumption after a steady but slower decline in earlier stages of the drought,” Cape Town officials “got more aggressive,” launching a “city-wide water map to show water consumption on a household level, allowing people to compare their consumption to their neighbours and the rest of the city.”A critical side benefit of the heighted outreach, reports City Lab, is that it got people talking to each other about water, with Cape Town’s weekly water report becoming “a regular topic at social gatherings and on the radio,” and social media becoming the virtual water cooler for trading water-saving tips.“

In an unusual turn of events, techniques used in the poor, water-strapped township areas gained traction in wealthier areas.”But while the emergency effort to conserve as Day Zero loomed did build in “a small additional buffer in the city’s water reserves,” neighbourhoods that were all too familiar with water shortages in 2018 are still parched today—showing that much remains to be done to build true resilience into Cape Town’s water system.“Disparities in access to water in Cape Town continue to be related to extreme economic inequality,” and those gaps are still governed significantly by race, meaning that Day Zero is an everyday reality “for a large proportion of Cape Town’s poor citizens whose only normal access to water is a communal tap,” CityLab notes.

“Combine this with a complex political climate and historical distrust of state policies, and it is easy to understand that a sustained unified effort to conserve water is fraught with tension,” the publication adds. Further undermining such efforts has been “an increase in private wells drilled by wealthier households,” a development that clearly undercuts any mandate to secure a water supply for all citizens of Cape Town.