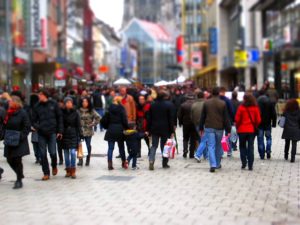 The Rockefeller Foundation is shutting down its 100 Resilient Cities network, a major initiative that has helped communities around the world prepare for the impacts of climate change and respond to local challenges as diverse as transportation, poor sanitation, flooding, fire control, and cholera outbreaks.

“Launched in 2013, 100 Resilient Cities had become one of the largest privately-funded climate change initiatives in the world,” dispensing US$164 million in funding over a six-year run, CityLab reports. But “starting in July, 100 Resilient Cities will no longer have dedicated staff,” its work distributed among other “pathways”, according to a Foundation statement.

“The work will continue, but it will look different,” said Communications Director Matt Herrick.

CityLab says Rockefeller will honour existing commitments to cities that are members of the network through a new resilience office, pay out about $12 million for severance and job placement support for 85 program staff, and send $30 million to a separate charity, the Adrienne Arsht Center for Resilience.

“Details are vague on exactly how much support will remain in place for existing member cities,” CityLab states, after the program aimed for a group of 100 cities and ended up with 80, of which 49 came up with local resilience strategies. “Now, as cities endeavour to implement plans for disaster-proof  infrastructure, improved civic cohesion, and other projects that tie into their localized definition of ‘resilience,’ they are wondering how they might do so in the absence of the high-profile organization’s robust offerings—financial support, planning expertise, private-sector connections, and a forum to exchange ideas and best practices.”

That forum is what some of the cities will miss most. Milan Chief Resilience Officer Piero Pelizzaro called it “the most powerful thing that Rockefeller has created,” adding that “our daily exchange with other CROs and the mutual learning that went on let us make improvements every day.” CityLab has details on the ideas and insights different cities took away from the program, and the steps they’re taking to try and hold the network together.

While the program wasn’t perfect, “why 100 Resilient Cities is winding down now isn’t completely clear,” CityLab notes. “Some news reports have attributed the move to a new set of priorities from the Rockefeller Foundation’s president, Raj Shah, who replaced Judith Rodin in 2017. Herrick insisted that Rockefeller is continuing its commitment to urban resilience, and said that the program’s ‘transition’ was a sign that the organization ‘had reached a certain level of accomplishment’.”

Nor was 100 Resilient Cities ever expected to go on forever. “But sources close to the foundation dispute that the program had fulfilled its mission, indicating that the foundation had promised another large injection of funding earlier this year.”

In a scathing assessment, Non-Profit Quarterly says the official announcement was “perhaps appropriately” timed for April Fool’s Day, and buried in the seventh paragraph of an announcement of a new grant. “The juxtaposition of the winding down of the foundation’s leading sustainability program as climate adaptation challenges continue to mount is nothing if not ironic,” the publication states. Particularly because, in the Quarterly’s view, this was the program that established Rockefeller’s standing in the field.

“Just last year, the Urban Institute released so-called ‘mid-term findings’ stating that 100 Resilient Cities (100RC) ‘in the five years since its creation, is making important progress in helping urban areas around the world institutionalize and build resilience to a wide range of shocks and stresses’,” the Quarterly notes. “Doing some quick math, if 2018 was supposed to be the middle of the program and the program began in 2013, then the program had at least a few years left. Indeed, the Urban Institute indicated in its 2018 report that it expected its program evaluation effort to continue through 2022.”