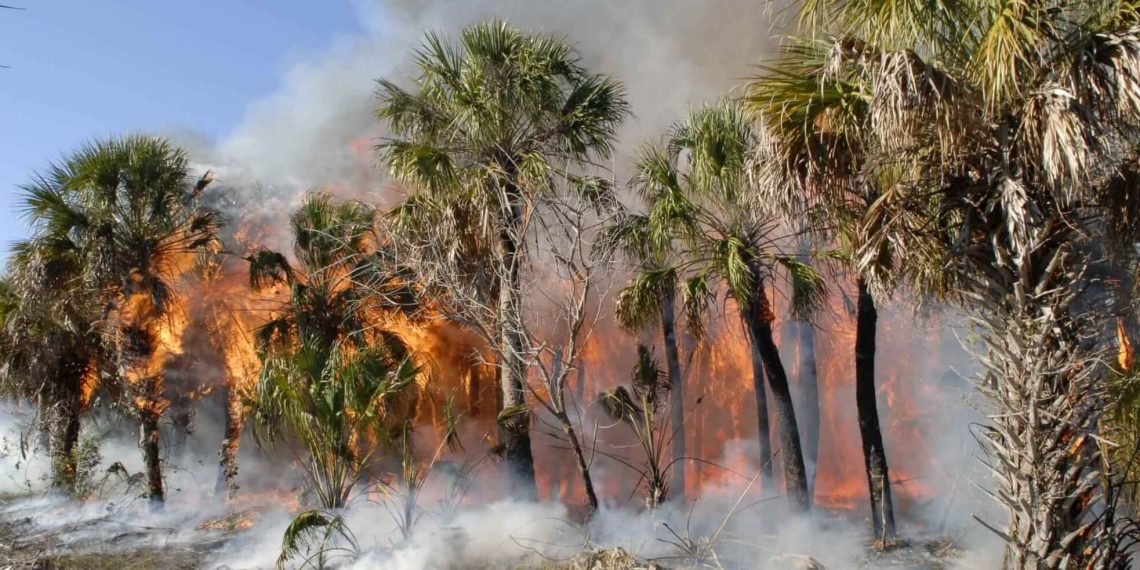 Restoring natural forests does not mean planting crops there. Image: By Ramos Keith

Restoring forests is helpful, but planting crops to do so is not. Only one of these options soaks up enough atmospheric carbon.

LONDON, 15 April, 2019 − Nations of the world are committed to restoring forests covering an area the size of India to soak up carbon dioxide and combat climate change. But British scientists have identified a serious flaw in the plan.

“Two-thirds of the area committed to global reforestation for carbon storage is slated to grow crops,” they write in the journal Nature. “This raises serious concerns.”

Their argument is simple. To limit global warming to no more than 1.5°C by the end of the century requires both rapid cuts in emissions of carbon dioxide from fossil fuel use, and investment in efficient ways of removing CO2 from the atmosphere.

Altogether 43 tropical and subtropical nations have pledged to restore 350 million hectares of forest to remove 42 billion tonnes of carbon from the atmosphere by 2100.

Many of them, including Brazil, China and India, have already committed to 292 million hectares of new canopy. But in their analysis of the plans published so far, the scientists say that only 34% of this accumulated area would go back to natural forest.

Another 45% would be covered by plantations of one species harvested for biomass or timber, and 21% would be devoted to agroforestry: a mix of crops sheltered by stands of woodland.

In their calculations, this altogether would remove only 16 bn tonnes of carbon. That is because natural forests restored and subsequently protected would hold 40 times the carbon of a monoculture plantation and six times more than any mix of trees and crops.

“There is a scandal here,” said Simon Lewis, a geographer at University College London, who led the analysis. “To most people, forest restoration means bringing back natural forests, but policy makers are calling vast monocultures ‘forest restoration.’ And worse, the advertised climate benefits are absent.”

Forests are only part of the answer to the challenge of containing climate change. To keep to the promise made by 195 nations in Paris in 2015, humankind has to find ways to remove 730 bn tonnes of CO2 from the atmosphere, which translates to 199 bn tonnes of carbon.

If the world found ways to boost the total area of global forest, woodland and woody savannahs, this could absorb perhaps a quarter of the total needed to keep planetary warming to no more than 1.5°C. And many countries have signed up to convert degraded land to new tree canopy.

“But will this policy work?” the scientists ask. “We show that under current plans, it will not. A closer look at countries’ reports reveals that almost half the pledged area is set to become plantations of commercial trees.”

Their point is that plantations can support local economies, but are poorer at storing carbon. Natural forests require little or no disturbance from humans, whereas the regular clearing and harvesting of plantations releases stored carbon dioxide back into the atmosphere every 10 or 20 years, while natural forests go on sequestering the greenhouse gas for decades. Natural regeneration is the cheapest and easiest option.

Most of the monoculture commitments are in large countries such as Brazil, China, Indonesia, Nigeria and the Democratic Republic of the Congo. The scientists suggest such plans have been insufficiently thought through. Drastic increases in tropical plantation for commercial crops would mark a major shift in global land use and could be accompanied by a fall in prices, with potentially unsatisfactory economic consequences.

And, they argue, policymakers are in any case misinterpreting the term forest restoration: it should not include plantations of a single species, such as eucalypt or rubber, which would do little for carbon sequestration. If commercial plantations were planted across the whole 350 million hectares, the entire crop would soak up and store just one billion tonnes of carbon.

“Of course new natural forests alone are not sufficient to meet our climate goals,” said Charlotte Wheeler of the University of Edinburgh, another of the authors. “Emissions from fossil fuels and deforestation must also stop.

“Other ways to remove carbon from the atmosphere are also needed. But no scenario has been produced that keeps climate change below dangerous levels without the large-scale restoration of natural forests.” − Climate News Network