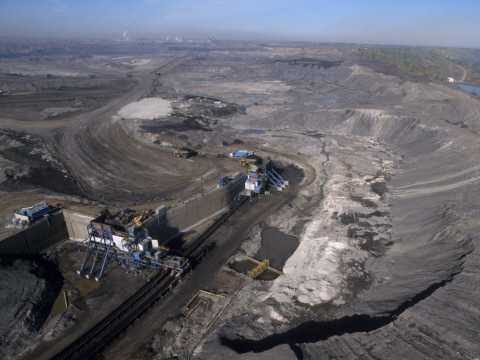 The Athabasca-area chiefs “say criticism of the bill from Alberta and the energy industry is ‘riddled with errors,’” The Canadian Press reports, and that “the current approach is rigged against them and has clogged the courts with constitutional lawsuits.”

“Our intent with Bill C-69 is to ensure that it is robust enough to allow First Nations across Canada to have their rights considered without having to resort to courts,” said Mikisew Cree First Nation Chief Archie Waquan. If the final bill doesn’t deliver on that expectation, “Alberta should expect a flood of litigation in the coming years,” he added.

Canadian fossils have mounted an all-out campaign to portray Bill C-69 as an insurmountable obstacle to resource development. The two chiefs, whose communities “have done millions of dollars of business with energy companies,” both said they don’t oppose that development, CP notes.

“But the bands have a long list of grievances with the way assessments are done now. The bands say current legislation, which dates to the previous Conservative government, has driven them to the courts in nearly a dozen cases. Some have resulted in overturning development approvals.”

They added that Alberta’s approach to consultation “subverts the law”, often excluding Indigenous communities whose traditional land uses are protected under the Constitution from weighing in on new developments if they’re located more than a kilometre away.Waquan acknowledged and said he supported concerns that southern Alberta First Nations had expressed about the legislation, but noted that those communities see far fewer impacts from fossil development. “They’re just being used by (the Canadian Association of Petroleum Producers),” he said. “I have more to lose than they do.”