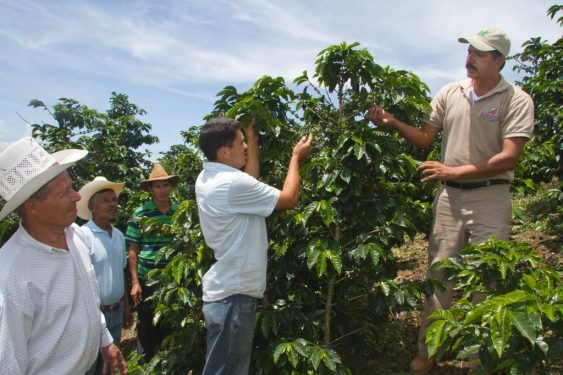 Small-hold coffee farmers from Honduras number increasingly in the caravans of desperate people streaming north out of Central America, as the devastation wrought by climate change makes what was once at least a tenable agricultural endeavour a near impossible one.

As climate change ramps up, it brings conditions under which coffee cannot thrive, from rising temperatures and more frequent extreme weather to unpredictable rainfall and devastating blights like coffee rust. Many small-hold coffee farmers, made suddenly destitute, are leaving, or watching their younger members depart, the New York Times reports.

While “the challenges of agricultural life in Honduras have always been mighty, from poverty and a neglectful government to the swings of international commodity prices,” the Times states, there was once a degree of security in coffee growing, and even wealth for some. But as the climate crisis deepens, “some very fine families that have been producing quality coffee for a long time are now facing the decision of whether to stay in coffee,” University of Florida anthropologist Catherine M. Tucker told the Times.

For many other smallholders, without pedigrees or surplus cash to fall back on, the question is increasingly becoming not whether to stay “in coffee,” but whether to stay in Honduras at all.

Such leave-takings will only grow more common throughout Central America and Mexico, writes the Times, citing the World Bank’s 2018 estimate that climate change will push at least 1.4 million people throughout the region out of their homes and onto the roads over the next 30 years.

Poised to hasten this exodus, writes the Times, is Donald Trump’s decision to cut all U.S aid to Honduras, Guatemala, and El Salvador, punishment for what he says is their respective governments’ failure to stem the flow of migrants.

María Esperanza López, general manager of Copranil, a coffee growers’ cooperative in western Honduras, said the loss of American aid—much of which has been allocated to farmers to aid their climate adaptation efforts—“could undermine efforts to address the very problems that are driving people to abandon their farms and head to the United States.”

The situation in Honduras is particularly dire, writes the Times. “After large caravans of migrants arrived last fall in Tijuana, Mexico, a United Nations survey found that 72% of those surveyed were from Honduras—and 28% of the respondents had worked in the agricultural sector.”

While violence and poverty have been and remain “prime drivers” behind the mass flight of agricultural labour north out of Central America, climate change is becoming a tipping point, said climate scientist Dr. Edwin J. Castellanos, dean of Guatemala City’s Research Institute at the Universidad del Valle de Guatemala.

“Small farmers are already living in poverty; they’re already at the threshold of not being able to survive,” he said. “So any changes in the situation may push them to have enough incentives to leave.”

Marlon Danilo Mejía, regional coordinator for the Honduran Coffee Institute, an industry trade group, said the number of producers in the mountainous regions of western Honduras dropped from 12,000 to 9,000 in 10 years, “partly because of pressure from climate change.”

Observing that the region’s future “seems bleak,” the Times writes that “by some predictions, the amount of land suitable for growing coffee in Central America could drop by more than 40% by 2050.” More broadly, “reduced yields of coffee and subsistence crops like corn and beans could significantly increase food insecurity and malnutrition.”

This story was updated April 16 to reflect the fact that Trump has already decreed his aid cut to Honduras, Guatemala, and El Salvador.