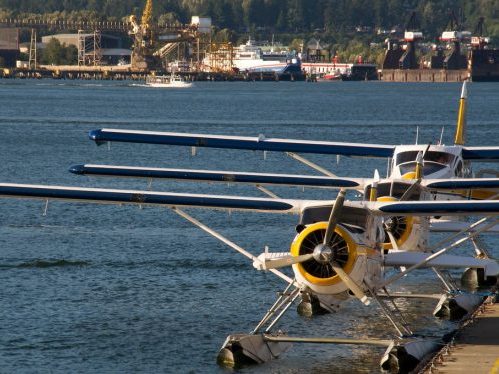 Nanaimo, British Columbia-based Harbour Air is setting out to become the world’s first all-electric airline—not by developing a new fleet for delivery in the mid-2020s, but by taking the 40, mostly single-engine piston and turbine aircraft it already operates and equipping them with electric motors and lithium-ion batteries.

“Technically, it’s totally doable, based on the technology available today, to retrofit our planes,” said Harbour Air founder and CEO Greg McDougall. “It’s a question of what kind of weight and what kind of range.”

“When we looked at what’s logical for electric aviation to start, it was a niche market,” which meant “a market of short-haul flights, with longer turnarounds between flights,” said magniX CEO Roei Ganzarski. “We didn’t want to pretend and say we’re going to replace 737s for long hauls.”

From that perspective, Harbour Air was “uniquely suited” to the capabilities of today’s lithium-ion battery packs, Greentech states. “The airline operates a dozen routes and offers up to 300 flights a day out of hubs in Vancouver and Seattle. But, critically, most of the flights are short and burn comparatively little fuel.”

“The bulk of what we do is within half an hour,” McDougall said. “The amount of energy that’s required for us to complete a mission is much less than any ‘normal’ airline.”

The conversion plan will begin with a six-passenger DHC-2 de Havilland Beaver, equipped with magniX’s new 750-horsepower all-electric motor. Greentech says the company has “ground-tested multiple 350 HP electric motors over more than 1,500 hours of operation,” and will do the same with the new 750-HP design in the months ahead. McDougall says the prototype will have a range of 100 to 150 miles (160 to 240 kilometres), enough for a half-hour flight with a half-hour battery reserve.

The battery pack will be installed in the belly of the plane, where the fuel tanks used to be.

“The Beaver is actually really well suited to this because the piston engine we are taking off is extremely heavy for that aircraft,” McDougall told Greentech. “You are replacing that with a very lightweight motor.”

He added that Harbour is looking forward to major savings on operations and maintenance after phasing out fossil-fuelled seaplanes that must be overhauled after 2,500 to 3,000 hours of flight time, at a cost of US$250,000 every time.

With an electric motor, “you’re looking at a minimum of 10,000 hours at the projected time you would have to look at as a service life,” he said. And replacing aviation kerosene with electricity generated by hydropower “is a huge savings. The economics are really good.”

He added: At the end of the day, I see us actually able to lower ticket prices and expand our market because the costs will be much lower.”