Analysis: If Kenney Takes Alberta, Trudeau Finally Gets to Make a Decision 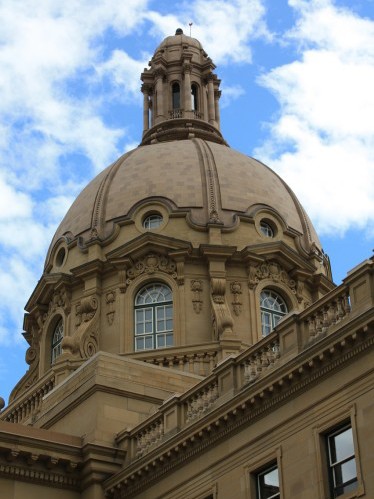 With Jason Kenney’s United Conservative Party (UCP) looking virtually certain to win the Alberta provincial election next week, news analysts are beginning to weigh in on the implications for Canadian pipeline politics and climate strategy.

Kenney has been making headlines with campaign promises to immediately phase out the province’s carbon levy and withhold oil and gas shipments to British Columbia as long as the neighbouring province continues its opposition to the controversial Trans Mountain pipeline expansion. Much of the commentary is pointing out that, even with that extreme degree of nation-busting recklessness, no provincial premier will have the power to restore Alberta’s economic prosperity by trying to build it on a fossil fuel sector whose rapid decline extends far beyond the province’s borders.

And just as Kenney has made Prime Minister Justin Trudeau a second rhetorical target in his campaign against Premier Rachel Notley’s New Democrats, some observers believe Kenney will help Trudeau in the federal election this fall: along with Ontario Premier Doug Ford, a UCP government in Alberta would give Trudeau the best foil and counterpoint he’s seen since Stephen Harper in 2015.

A key to that change in dynamic is that, with Notley’s departure, Trudeau would be freed from an impossible bargain, struck at the beginning of his term of office, that many climate and energy observers believe has hobbled national policy ever since: If Alberta endorsed the then-emerging pan-Canadian climate plan and enacted a lifetime cap on tar sands/oil sands emissions, Ottawa would deliver the new pipeline capacity the province’s fossil industry so craved.

After four years that have felt like half a lifetime in national energy politics, neither side has quite delivered. Alberta is on track to blow through its emissions cap in 2030, the same year Canada is expected to fall far short of its latest carbon reduction target. And despite Trudeau’s extreme efforts on the fossils’ behalf, even buying taxpayers a pipeline with $4.5 billion of their own money, Trans Mountain was stopped in its tracks by a landmark court decision late last summer.

But the pan-Canadian plan was still adopted, and Alberta still invested billions in carbon levy revenue in solar, wind, energy efficiency, transit, and other post-carbon transition options. Notley set out to position herself as the fossils’ best advocate. And the Trudeau Liberals twisted themselves into pretzels in the effort to deliver on their own climate promises while giving Notley the wins she needed, even at the risk of jeopardizing the youth and environmental vote that largely brought them to power.

If Kenney wins, one way or the other, Trudeau finally gets to make a decision, says veteran Toronto Star columnist Chantal Hébert.

“The result of that provincial vote could force the prime minister to choose between salvaging a minimum of credibility for his climate change policy or living up to his oft-repeated assessment that the expansion of the Trans Mountain pipeline is in the national interest,” she writes. “That choice would have to be made against the backdrop of an approaching competitive national election that is expected to feature climate change as a major theme.”

Hébert points out that Kenney has spent the provincial campaign vilifying Notley and Trudeau for a court decision that was out of their hands (and, she might have added, was triggered by drastic environmental deregulation brought in by the Harper government). With a court-mandated review of the project now nearing completion, “it is an open secret that Trudeau has long planned to press relaunch as soon as that process was completed—ideally in time for this summer’s construction season,” she notes. “The federal cabinet is expected to review the file next month. The assumption has been that it would at that time give the project the green light to resume.”

But “as of next Tuesday night, that widespread assumption could be no longer valid.”

If Kenney followed through on his plan to kill the carbon levy, remove the emissions cap, and stop the phaseout of Alberta’s coal-fired power plants, “a UCP government would effectively be removing the very rationale upon which the prime minister based his decision to give the Trans Mountain expansion the go-ahead in the first place,” Hébert notes. “That approval was contingent on Alberta’s climate change commitments. Absent those, Trudeau would have cause to reconsider.”

After all the political stock the PM has put into both sides of his scientifically odd promise—that sound climate policy and expanded fossil development can co-exist—Hébert says either of his remaining options will be “unpalatable”, both forcing him to walk back some of his past positions. “The Liberal government has already taken a hit with the environmental community for keeping the Trans Mountain expansion alive on the public dime—and earned precious little credit for doing so in pro-pipeline circles,” she notes. But “for Trudeau to allow the project to move forward on Kenney’s terms would amount to the prime minister going into the election waving a white flag on the climate change battlefield.”

But while Hébert sees that as a “lose-lose proposition” for Trudeau—and Kenney would no doubt hasten to agree—she says the dynamic could backfire on the UCP and its federal allies, Andrew Scheer’s Conservatives. “Kenney is looking for a prime minister liable to force the hands of B.C. and Quebec on pipelines,” she writes. “More than a few voters in those two provinces are bound to find that prospect unpalatable.”

With recent opinion research showing that eight million Canadians are “extremely” concerned about the climate crisis, and nine million see climate as their top or top-two voting issue, Trudeau may just find that Kenney is forcing him into a winnable position in the upcoming federal election, despite his own best efforts to defeat himself.