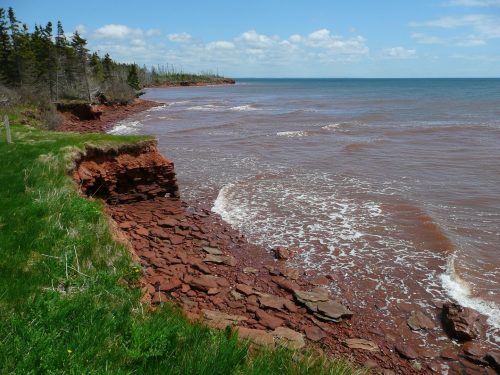 With its oldest sections dating back to the Acadian settlements of the 1700s, the 241-kilometre dike system which today protects Nova Scotia’s maritime lowlands is in urgent need of a redesign, thanks to the combined threat of rising seas and foreshore erosion.

According to a draft study by a team of geographers at Saint Mary’s University in Halifax, 70% of the province’s dikes “are now vulnerable to even a one-in-50-year storm,” National Observer reports.

Recalling significant renovations undertaken by the federal government in the 1950s and 60s to shore up a degraded dike system, lead author Danika van Proosdij said vastly more will be required to address the 21st century challenges now showing up with climate change.

“It’s not just rebuilding dikes in place and shoring them up,” she said. “It’s actually changing how we design our dikelands” and protect them from “a changing climate and forces that are greater than we’ve seen in the past.”

Compounding the problem of rising sea levels is that “the foreshore that ultimately protects the dike from being battered by the mighty current” is being rapidly eroded by the rising Atlantic waters, she added.

A combination of strategic retreat, the deployment of less permeable materials, and “careful tie-ins with higher lands” will be needed to produce a climate-resilient dike system, she added.

Kevin Bekkers, director of land protection at the Nova Scotia Department of Agriculture, said his department recently tabled a $50-million, nine-year flood risk reduction plan, hoping that about half of the money will come from Ottawa, Observer states. But “whether this kind of provincial response, with federal help, will be enough to produce a freshly reworked dike system capable of dealing with climate change remains to be seen.”