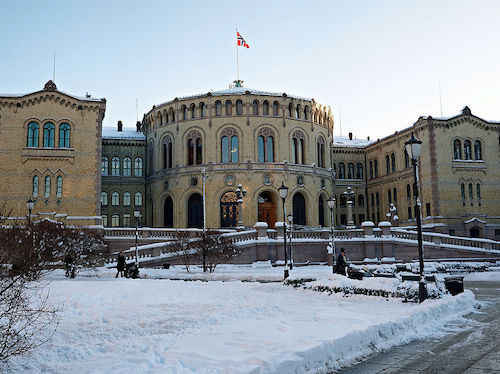 Norway’s Conservative-led government is expanding its ban on coal investments from its massive US$1-trillion sovereign wealth fund and doubling the dollars it directs to “unlisted” renewable energy projects to $14 billion, following a three-year review that it stressed was driven primarily by business considerations, not a focus on climate protection.

“The government proposes to expand its coal ban by adding absolute caps on production of thermal coal, or its use in power generation,” Bloomberg reports. It’s proposing to “keep the current rules excluding companies that base more than 30% of their revenues or activities on coal, while adding absolute limits of 20 million tons of coal for miners and 10,000 megawatts for power capacity.”

The original restrictions date back to 2015 and “have been criticized by politicians from opposition parties and environmental groups because their emphasis on relative thresholds mean miners and utilities with a big exposure to coal were left out,” the news agency adds.

While the ban would allow Norway to keep its stake in companies that break the new rules but have plans to cut their carbon footprints, Bloomberg says the existing ban has already led the wealth fund to part company with 69 companies. Businesses affected by the tighter rules would include coal giants Glencore Plc, Anglo American Plc, BHP Group Ltd., RWE AG, and Uniper SE.

“Allowing for unlisted renewable energy infrastructure is not a climate policy measure, but is a part of the investment strategy for the Fund,” and investments under the new policy “shall be subject to the same profitability and transparency requirements as the other investments of the Fund,” states a government release that cites Finance Minister Siv Jensen. Bloomberg says Norway is proposing to cap renewable energy investments at 2% of the total wealth fund and focus its initial investments in “developed markets” only.

“The market for renewable energy is growing rapidly,” the government release says. “A major part of the renewable energy investment opportunities is found in the unlisted market, especially in unlisted infrastructure projects. Expectations of significant investments going forward mean that this market is of interest to institutional investors such as the Government Pension Fund Global.”

The Institute for Energy Economics and Financial Analysis says it recommended in February, 2017 that Norway set up a new asset class for unlisted renewables. “After a three-year diligence process, the Government Pension Fund Global has confirmed that investments in unlisted renewable energy have a sound cash position, healthy exit strategies, and a positive outlook,” said IEEFA Finance Director Tom Sanzillo. “This is a growth industry. Investments by the fund now allow it to take advantage of this growth and to use its resources to develop the market for decades. Moreover, Norway will tighten its coal criteria, which will lead to the divestment of large mines and coal-exposed power companies. This is a strong step for the health of the Fund and the planet.”