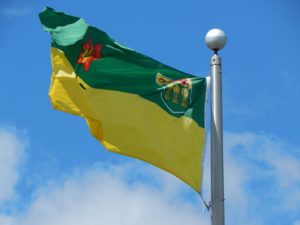 Saskatchewan will be asking the wrong question on climate change until it looks beyond the carbon price debate and considers how to build a strong, diversified economy and shift to clean energy, provincial NDP leader Ryan Meili writes in an opinion piece for the Regina Leader-Post.

“Changes in growing seasons and moisture levels, extreme weather, floods and wildfires: the economic and human costs of climate change are already hurting Saskatchewan, and will only get worse,” Meili writes. “When dealing with an issue of this magnitude, all options need to be on the table, which means all of the players need to be at the table. But in Canada today, one topic is taking up all of the oxygen—if not necessarily any carbon dioxide—and that’s an oversimplified debate on one approach: carbon tax.”

With that focus, Meili says Prime Minister Justin Trudeau and Saskatchewan Premier Scott Moe “have us asking the wrong question, reducing climate change to a simple yes or no. If you don’t support the federal carbon tax, you must be a climate change denier. If you’re open to market measures like a price on carbon, you’re accused of being against the economy and the West.”

By their actions—Trudeau with a plan that contains multiple elements beyond carbon pricing, Moe with a carbon tax on heavy emitters—both elected leaders are showing that it isn’t that simple. But by their rhetoric, “the most important issue facing humanity today has been reduced to a political football.”

The way to get at that issue is to consider “how Saskatchewan can create the conditions for a strong, diversified economy while making the transition to clean energy,” he writes. “We need a plan to lower emissions, keep Saskatchewan people working, and protect families from increased costs. That means a plan that recognizes how farmers and ranchers contribute to carbon sequestration. It means better regulation of our biggest sources of pollution. It also means building the broad public support to actually get the job done.”

The federal carbon tax fails that test, he contends, applying uniformly across the economy rather than charging the biggest emitters the most. “And Saskatchewan people have spoken: they don’t like the federal plan, but they do want action on climate change. In a recent Abacus survey, only 32% of Saskatchewan respondents selected carbon pricing as their preferred option. In the same poll, 63% of Saskatchewan people ranked action on climate change as a high or moderate priority, and 83% supported a transition to a low-carbon economy.”

The solution for Saskatchewan, he writes, is to set aside “all-or-nothing political games” and choose an approach that makes sense for the province. His post points toward a strategy that “will help families, farmers, businesses, and communities make the transition to renewable energy, while lowering power bills and employing thousands of Saskatchewan workers in secure, well-paying jobs.”