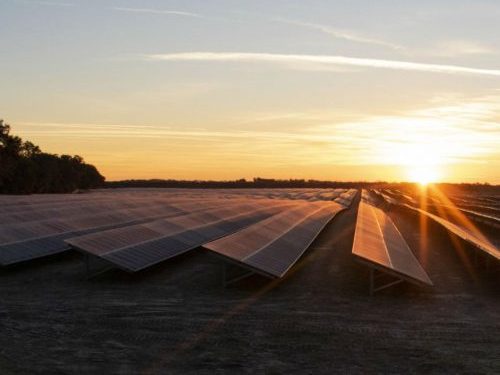 Florida Power & Light has announced plans to build the world’s biggest battery and charge it from an existing solar power plant to replace two of its existing natural gas generating stations, a deal it says will save its ratepayers US$100 million.

“This is a monumental milestone in realizing the full benefits of solar power, and yet another example of how FPL is working hard to position Florida as the global gold standard for clean energy,” said President and CEO Eric Silagy. “Replacing a large, aging fossil fuel plant with a mega-battery that’s adjacent to a large solar plant is another world-first accomplishment.”

“Like many other utilities in the U.S. and around the world, FPL is charged with the task of replacing fossil-fuelled power stations as they reach the end of their productive lives,” the magazine explains. “Previously, a round of replacements saw natural gas superseding FPL’s oil-fired plants. Now gas is finding non-nuclear, low-carbon options are muscling in.”

And that’s where storage has an essential role to play. “Solar power is, obviously, variable depending on the time of day and what the weather is doing. Pairing the huge battery with solar means the energy from the plant can be counted on more predictably. FPL says it will discharge the batteries at times of peak demand. Ordinarily, that would be when the dial was turned up at selected, responsive gas power plants.”

It’s also when those “peaker” plants charge their highest rates per kilowatt-hour.

Earlier this year, FPL, a division of NextEra Energy, set out to install 30 million solar panels across the Sunshine State by 2030. “It seems like just yesterday that FPL kicked off its massive solar expansion in 2016 by opening a solar power plant in Parrish,” said Stephen Jonsson, board chair of the County Commissioners in Manatee County. “Fast forward a few years, and our hometown solar power plant is on the verge of powering the world’s largest solar-powered battery system.”