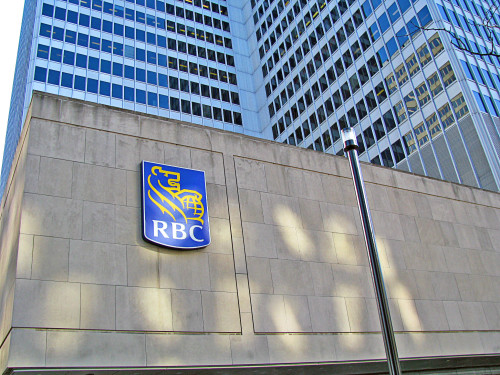 Scarcely two weeks after an international study placed five Canadian banks at the centre of financing fossil fuel development, in defiance of the targets in the Paris Agreement, Engagement Organizing author Matt Price says young people opening their first bank accounts might have the power to make them think twice.

In the latest edition of an annual report card, a group of six international organizations calculated in late March that 33 global banks had invested US$1.9 trillion in new fossil projects since the Paris deal was signed. “Alarmingly, these findings reveal that the business practices of the world’s major banks continue to be aligned with climate disaster and stand in sharp contrast to the recent IPCC special report on global warming,” the organizations stated in a release. Of the $1.9 trillion in total investment from 33 global banks, “$600 billion went to 100 companies that are most aggressively expanding fossil fuels,” despite the IPCC pointing to $2.4 trillion in annual clean energy investment needs through 2035.

In a post for The Tyee, Price shines a light on the Royal Bank of Canada, TD Bank, ScotiaBank, BMO, and CIBC as the five Canadian institutions financing C$454 billion in fossil projects, including $160 billion to expand fossil production in Canada and around the world.

“To be sure, Canada’s banks are in bad company internationally,” Price writes. “But among those 33, Canada’s banks rank among the bottom in setting any kind of policy to get out of the most destructive fossil fuels, with only TD Bank making commitments related to some coal mining. Canada’s big banks talk a good game about ‘socially responsible investing,’ but their actual financing numbers speak far louder than their words as they literally bank on making Earth uninhabitable.”

He notes that when one of the institutions, CIBC, had a chance to choose sides, it stood with its fossil industry clients when the Town of Whistler had the temerity to ask fossils to cover their share of the costs for the climate impacts it expects to face. “We are committed to our clients in the energy sector as they play a key role in driving the Canadian economy,” the bank said at the time.

Price notes the banks won’t change their practices without some financial incentive or disincentive to do so. But with those same institutions controlling two-thirds of Canada’s $1.5-trillion mortgage market, the banks “are sowing the seeds of a consumer rebellion since their current practices are so at odds with the interests of younger Canadians, otherwise known as future mortgage holders.”

As long as the banks’ strategies point toward “social and economic upheaval unlike any we’ve ever seen,” Price says a bank strike is the right response.

“What would happen if young Canadians started to pledge to never do business, including mortgages, with any bank that is investing in making their future worse?” he asks. “How much of the mortgage market would a bank need to lose before reconsidering whether financing fossil fuel expansion is still good business, even setting aside the moral failure?”

He adds that the strategy needn’t be limited to youth. “For any climate-conscious Canadian or institution, it’s hard to justify doing any business with the big banks so long as they are financing climate chaos. The good news is that there are alternatives, from credit unions to non-bank mortgage brokers to RRSP-eligible investments that screen out fossil fuels. If banks won’t shift out of the bad stuff, we can shift out of them.”