Lookback from 2050: NPR Essay Shows How We Got Climate Change Under Control 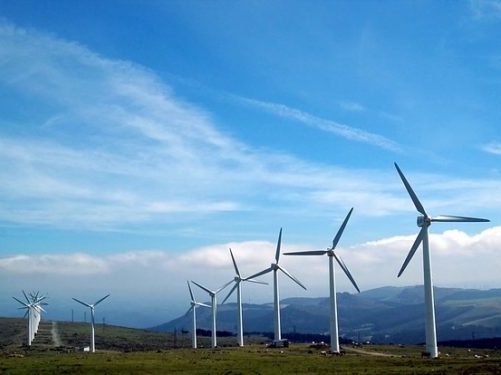 It’s 2050. We’ve got climate change under control. And we got the job done through mass electrification, reimagining cities, protecting forests, and changing the way cows are fed.

“What I hope we’re able to do is rediscover the power of public imagination,” Ocasio-Cortez said. In response, Charles wrote, “we’re unleashing our imagination and exploring a dream, a possible future in which we’re bringing global warming to a halt. It’s a world in which greenhouse emissions have ended.” He built that dream out of more than a half-dozen interviews with specialists from Silicon Valley to Toronto to Colombia, each of whom laid out a key emission reduction challenge in 2019 and the path to addressing it by mid-century.

“In order to have impact, timely impact, I figured that I needed to leave research and focus on impactful things that I want to do. And fast,” she told Charles. Her 2050 vision began to take shape by 2025, as battery prices continued to fall. “At that point, there was a massive shift to electric vehicles, because they were quieter, and cleaner, and [required] less maintenance. No oil change! Yippee! You know?”

“Heating and cooling in homes and office buildings have gone electric, too,” Charles writes from his 2050 vantage point.  Gas-burning furnaces have been replaced with electric power like heat pumps.” That meant a “massive increase in power from solar and wind farms” that now “cover millions of acres in the U.S., 10 times more land than they did in 2020. Huge electrical transmission lines share electricity between North and South America. Europe is connected to vast solar installations in the Sahara desert, which means that sub-Saharan Africa also has access to cheap power.”

And that aspect of the vision “just changed Africa,” Kiliccote says. “It actually fueled the economies of Africa.”

Sally Benson, co-director of the Stanford Precourt Institute for Energy, envisions electrification extending to battery-powered helicopters for local commutes but sees some holdouts, like big cement and steel plants, still burning coal or natural gas. “We just had to kind of bite the bullet and say, ‘OK, if you’re making cement or steel, you are capturing and sequestering that CO2,'” she said. “And in some cases we actually had to say, ‘We’re not going to make those things here anymore'” because the factory’s emissions couldn’t be cost-effectively contained.

Urban planner and former mayoral candidate Jennifer Keesmaat pointed to Toronto’s recent experiment with the King Street streetcar, along a downtown thoroughfare where the city limited through-traffic for cars, as a project that made electrified transit at two- to three-minute intervals the best way to get across town in rush hour. “The volume of people being moved is astronomical!” she said.

By 2050, “the vast majority of streets have been pedestrianized; that’s how people get around, by walking down the street,” she adds. In the city’s sprawling suburbs, large homes have been turned into multi-family units, and cars have mostly disappeared.

“Other free-standing houses that once lined suburban cul-de-sacs have disappeared; each one has been replaced with a building that contains five or six homes,” Charles writes. “With the local population booming, those neighbourhoods also attracted shops and offices. Suburban sprawl morphed into urban density.”

As for vehicle ownership, “there are cars, but people don’t own cars,” Keesmaat said. “Because a car is something that you use occasionally when you need it.”

“2050? It’s a wonderful life!” added Daniel Hoornweg, an energy systems professor at the University of Ontario Institute of Technology. “Maybe the most powerful thing that got us here is [that] we got the pricing right,” he explained. “So, you want an autonomous vehicle? Bless your heart, but it costs you more to drive that autonomous vehicle on the road by yourself. If you ride-share, it’s a little bit less.”

Colombia-based researcher Jacobo Arango from the International Center for Tropical Agriculture (CIAT) pointed to illegal logging—and local farmers’ inability to counter it—as one of the major causes of climate change. “Grazing land is about two-thirds of all agricultural land, and about a third of that came right out of clearing forests,” said Tim Searchinger of the World Resources Institute. The deforestation damages forest soils, releasing massive quantities of CO2. Then the cattle release climate-busting methane as they graze on conventional forage.

But farm co-op leader Angulo Mosquera had a solution. “This pasture is a bovine buffet,” Charles writes. “The grass is up to my waist. This is not ordinary grass that grows wild in this region. These are varieties with names like Mulato, and Cayman, which researchers at CIAT bred and selected to be top-quality cattle feed.”

Back in Silicon Valley, Benson stressed that the solutions she envisioned in 2050 all existed in 2019. The biggest challenge was the social disruption they produced. “The transformations were so profound that it really needed to be a collective effort.”

“People didn’t know what would happen and they were scared,” Charles writes. “The changes only moved ahead when people were convinced that they weren’t getting ignored and left behind. It was the political struggle of a generation.” But “now, in 2050, there’s a tremendous sense of accomplishment.”

Orwellian Doublespeak Aside, Pricing Carbon was a Conservative Idea, Globe and Mail Notes