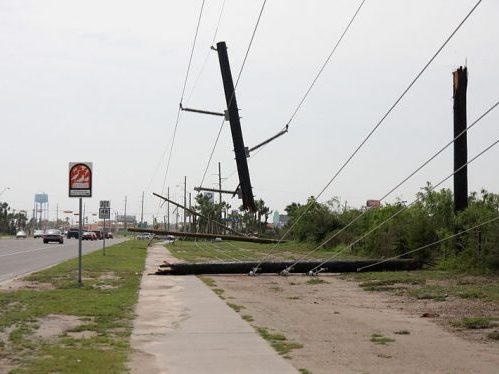 Telecom giant AT&T is looking for advice on how climate change could damage its infrastructure over the next 30 years, after realizing that natural disasters had cost it US$847 million since 2016 and $626 million in 2017 alone.

A tool developed by the Argonne National Laboratory outside Chicago “will track flooding, hurricanes, and windstorms in North and South Carolina, Georgia, and Florida,” CNBC reports, citing AT&T’s chief sustainability officer and senior vice president for public affairs, Charlene Lake. The system will eventually assemble climate impact projections from across the country, including wildfires and droughts.

“Our customers and community depends on our service during natural disaster time, and the resilience of our business and network,” Lake said. “The project enables us to get information that can help anticipate the impact of climate change up to 30 years in advance, with high-resolution climate models at the hyperlocal level and new data we can ingest into our system to gain more intelligence about what happens to our infrastructure” in a future storm.

Citing disclosures to UK-based CDP, CNBC says the majority of the biggest companies in the U.S. see climate change as a serious threat to their operations. “Scott Mair, AT&T’s president of operations, said the model will guide decisions on whether to elevate cell sites in areas with expected flooding, or to build protections around cell towers in areas with expected higher winds,” the U.S. TV network states. “Rather than relying on 10-day weather forecasts and historic weather trends, the company will visualize local climate-related events that could damage copper lines, fibre cable locations, cell sites, and other infrastructure.”

“Historically, we’ve taken into consideration where flooding might impact us. But it’s always been based on history,” Mair said. Now, “it’s not only about where flooding happens today, but more importantly, where it happens tomorrow. The infrastructure we put in today will last over 25 years. The more we know about what’s to come, the better options we have today.”