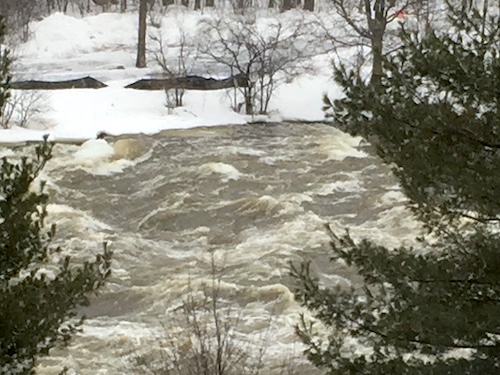 The National Capital Commission and the City of Ottawa have issued a call for a consultant to advise them on how climate change will affect local weather patterns over the next 20 to 80 years.

“Both already know the broad trends to expect, but say they need quality climate projections specific to the capital region that all departments can work from,” CBC reports. “Once they have the data in hand, both organizations plan to come up with lists of the biggest risks for their operations—whether that’s flooded shorelines, or major utilities that can be knocked out by storms.”

“Given that we’re experiencing some extreme weather events, for example with the flooding [in Gatineau in 2017], I think there’s a need to do this now,” said NCC project manager Emily Rideout.

CBC notes the NCC, the federal Crown corporation responsible for regional planning, development, and conservation in the Canada’s Capital Region and also the area’s biggest landowner, last commissioned a study of local climate impacts in 2005. It focused on the Rideau Canal skateway, the longest skating rink in the world.

The update will look farther, addressing prospects for Ottawa River flooding, cooling loads that federal buildings will experience during extreme heat waves, and resilience issues for the city’s neighbourhoods.

“Public health officials could use the projections to think about diseases such as Lyme and West Nile, while public works staff might look at the data to think about how power outages affect utilities,” CBC states, citing Julia Robinson, a member of the city’s climate and resilience team.

“This time of year everyone is looking at the potholes, and clearly there is a link between our changing weather patterns and freeze-thaw cycles, and what that means for our road servicing,” Robinson said.

CBC says the NCC and Ottawa set an April 4 deadline for consultants’ proposals, and expect to release a report late this year or early next. Neighbouring Gatineau, Quebec is working on a parallel study that it expects to conclude in 2020.