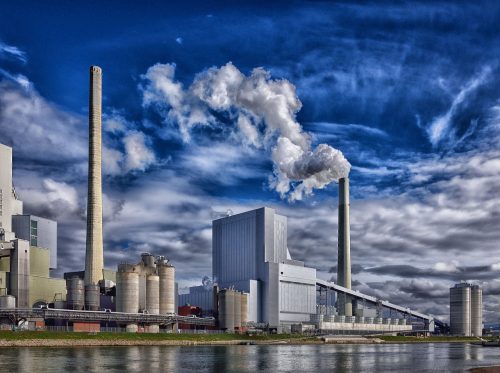 The United Kingdom should apply the “polluters pay” principle by assessing the country’s coal, oil, and natural gas companies at least £44 billion per year for the climate damage their products cause, according to a new estimate by campaigners at Friends of the Earth UK.

The organization sees the proceeds from a new tax on carbon polluters going into a fund to support the country’s green transition. “They argue the fossil fuel industry has long been aware of the harmful effects of climate change, such as its impact on extreme weather,” The Independent reports.

“For decades the oil, coal, and gas industry has extracted, processed, sold, and profited from fossil fuels,” said Mike Childs, head of policy for Friends of the Earth. So “if you pollute, you pay. It’s a simple fix to help avoid catastrophic climate breakdown.”

He added that “the costs of this industry are being felt by people and nature across the world through more extreme weather, such as floods, droughts, and wildfires.” So “it’s  time the industry is held to account for the range of damage it causes and is made to foot much of the bill for the transition to clean energy.”

The campaigners calculated a social cost of carbon based strictly on carbon pollution from fossil fuel production, and excluding the industry’s impacts in areas like air quality and health. “They concluded an additional £22 billion a year of public investment is needed to help combat climate change in the UK, and a carbon tax could contribute to that,” The Independent states. Funding could be directed to energy-efficient housing, transit, renewable energy deployment, tree planting, and efforts to adapt to more severe climate impacts.

Mike Tholen, upstream policy director for trade association Oil & Gas UK, pointed to the EU’s Emissions Trading Scheme as “the most effective means of reducing emissions,” adding that the UK has plans for a similar system in a Brexit scenario.

“Diversity of energy supply remains essential, and there is a clear role for the UK industry to meet society’s oil and gas demand from indigenous sources,” Tholen said. “This provides security of energy supply whilst supporting the transition to a low-carbon economy, aided by new technologies such as carbon capture, usage and storage and hydrogen and our ongoing efforts to reduce emissions at source.” Childs countered that “the short-term costs of shifting to a low-carbon future are far lower than the devastating human and environmental cost of business as usual.”