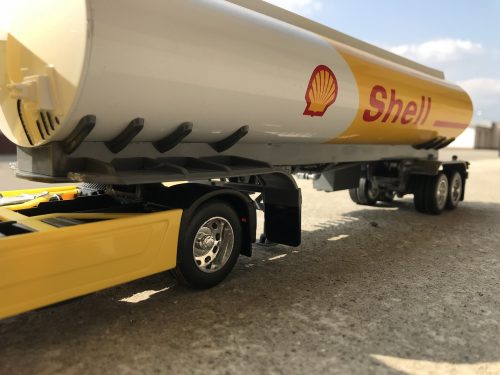 Royal Dutch Shell is switching more than 700,000 homes in the United Kingdom to 100% renewable electricity and rebranding its power and broadband provider First Utility to Shell Energy, just over a year after completing a deal to acquire the company.

“This is a good example of our approach to building a significant electricity business, in line with customer needs,” said Shell New Energies Executive Vice President Mark Gainsborough. “Shell recognizes the world needs more energy with lower emissions, and this will give customers more flexibility, greater control, and cleaner energy.”

“We are building on the disruptive nature of First Utility to give customers something better. We know that renewable electricity is important to them and we are delivering that, while ensuring good value and rewarding loyalty,” added Shell Energy CEO Colin Crooks. “We want to attract customers with fair pricing, strong customer service, and innovative offers that set us apart from anything available today. Later this year, we’ll be announcing a string of exciting services that offer greater convenience to householders and help make homes more efficient.”

CNBC says Shell New Energies was formed in 2016 to focus on “new fuels for transport, including advanced biofuels, and power.” Last week, German battery storage manufacturer Sonnen said it would be able to multiply its production tenfold after being acquired by Shell. Earlier this month, Shell announced plans to remake itself as the world’s leading electric power company by the early 2030s, even though that activity was only receiving about 5% of its new investment capital. During that news cycle, Gainsborough said Shell’s efforts were “still in an experimental phase,” but that the colossal fossil hoped eventually to “introduce new combinations of power products that are more profitable than those from a traditional utility.”