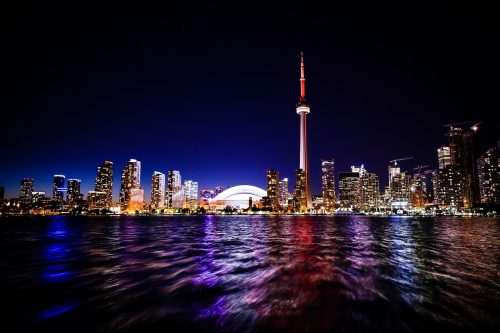 Toronto will look into the costs it will incur as a result of climate change and whether a climate accountability lawsuit against fossil producers is worth pursuing if city council adopts a motion being introduced this week by Councillor Mike Layton.

“We could be on the hook for an enormous amount of money, into the billions as a city,” Layton told the Globe and Mail. “I am a firm believer in the notion that polluters should pay.”

Layton garnered some quick words of support from Daniel A. Zarrilli, chief climate policy advisor to New York City Mayor Bill de Blasio. “Will Toronto be the next city to take Big Oil to court?” Zarrilli tweeted. “We may need some help from NYC to get us there,” Layton replied. “Would love to chat.”

“We need to know what are the costs we’re going to have to incur, and then let’s take some of that cost from those who’ve profited for decades from damaging the climate—that’s pretty fair,” Layton added.

Layton’s motion “calls only for a staff report to come before council’s infrastructure and environment committee by the end of the year,” the Globe notes. “Any legal action would be subject to subsequent votes.” Mayor John Tory supports the move to conduct a study, “although he has not yet endorsed moving toward a lawsuit,” the paper adds.

“Councillor Layton’s motion asks for a report on the long-term cost implications of climate change to the city,” said Tory spokesperson Don Peat. “The mayor supports understanding those costs and sees no downside to understanding possible options to recover those costs.”

The Globe cites similar actions by municipalities in British Columbia, and by a range of U.S. cities including New York and San Francisco, noting that the storm and flooding that “swamped much of Toronto” in July 2013 was the city’s most expensive insured disaster, producing C$930 million in claims. “According to Mr. Layton’s motion before Toronto’s city council, the Insurance Bureau of Canada says the Greater Toronto Area has faced six ‘100-year storms’ since 2005—storms that have caused millions in flooding and other damage,” writes Queen’s Park reporter Jeff Gray.

Greenpeace Canada Senior Energy Strategist Keith Stewart said climate accountability lawsuits are more than just a political statement, given the evidence that fossils have spent decades undermining the scientific consensus on climate change. “This is absolutely a real thing. When you look at what New York, San Francisco, Oakland are doing, they are basically building this all on the tobacco precedent,” he told the Globe. “Ontario is suing the tobacco industry for $50 billion. That’s real money.”