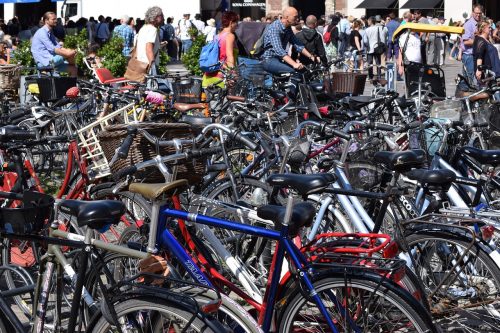 Copenhagen is setting out to reach a carbon neutral target by 2025—in a move that will “show what’s possible, and what’s tough, for other urban governments on a warming planet,” the New York Times reports.

So far, the drive to decarbonize is running into a mix of challenges that will be familiar in many other jurisdictions—while political opposition is throwing the target in doubt, critics are arguing the city’s carbon reduction plan doesn’t go far enough.

“Here’s why it matters to the rest of the world,” the Times explains. “Half of humanity now lives in cities, and the vast share of planet-warming gases come from cities. The big fixes for climate change need to come from cities, too. They are both a problem and a potential source of solutions.”

But “in the case of Copenhagen, that means changing how people get around, how they heat their homes, and what they do with their trash. The city has already cut its emissions by 42% from 2005 levels, mainly by moving away from fossil fuels to generate heat and electricity,” but further reductions will be more difficult to get at.

The Times notes that Social Democrat Mayor Frank Jensen has been unable to wring restrictions on diesel cars out of a centre-right national government whose transportation minister, Ole Birk Olesen, has declared himself against “the over-taxation of cars”. Meanwhile, “many opposition politicians and independent analysts say they doubt Copenhagen can meet its 2025 target, and some critics say the plan focuses too much on trying to balance the city’s carbon books rather than change the way people actually live.”

“We run around in fossil fuel-burning cars, we eat a lot of meat, we buy a hell of a lot of clothes,” said Fanny Broholm, a spokeswoman for the green/left Alternativet party. “The goal is not ambitious enough as it is, and we can’t even reach this goal.”

City officials point to a number of long-standing advantages and new initiatives—including the city’s iconic three-lane bike routes, used by 43% of local commuters, as well as a new metro line scheduled to open this year that will bring the system to within 650 metres of the majority of Copenhagen’s 624,000 residents. The city recycles extensively, burns leftover garbage to produce heat, and has invested heavily in wind turbines to offset its remaining fossil fuel consumption. Some coal plants have been converted to burn wood, though a case now before the European Court of Justice is challenging whether wood pellets can be counted as renewable fuel given their life cycle emissions impact.

“Copenhagen is girding itself for the impact of climate change, too,” the Times notes. Already, “the rains are more intense, and the sea is rising. In the most vulnerable neighbourhoods, the city is creating new parks and ponds for water to collect before it can drain out. There are new dikes by the harbour, and a proposal to build a new island in the northeast to block storm surges.”

With elections coming up in a few months, the Times adds, “public apprehension about climate change may be the strongest wind in the mayor’s sails.”

“People are honestly concerned about it,” said bicycle lobbyist and former politician Klaus Bondam. “You are an extremely tone deaf politician if you don’t hear that.” But Jensen acknowledged that the path to carbon neutrality is still fraught. “A lot of people living in the suburbs still have diesel cars,” he told the Times’ Somini Sengupta, during a bike tour through the downtown. “It’s a political challenge. It’s not a technological challenge.”