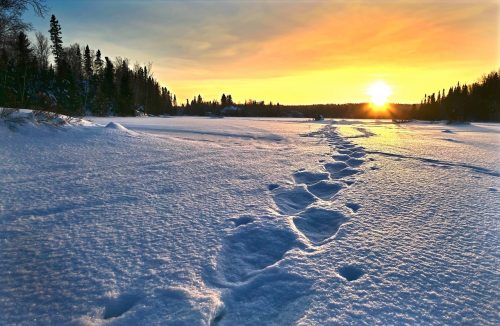 A data visualization team at Montreal’s Concordia University is raising an alarm about the decline of active climate stations in Canada and Quebec from their peak in the late 1970s and 1980s, in a country that faces faster climatic changes than the world average.

“Canada is experiencing the effects of climate change at two times the rate of the rest of the world,” said Ali Nazemi, an assistant professor in Concordia’s department of building, civil and environmental engineering, in an article published earlier this year. “It’s indeed concerning that the extent of data is decreasing. We really need to have these data so we can extract crucial knowledge from the past that can help us to better plan for the future.”

The post in Concordia’s in-house newsletter traces three online apps developed by Nazemi and undergrad student Shakil Jiwa that deliver public access to weather data back to the 1840s. (The apps are available here, here, and here.)

“The primary goal, Nazemi says, was to make previously difficult-to-access Canadian weather data available to researchers and to provide a synoptic view of how climate observations are available across time and space,” Concordia News states. Until now, “accessing daily data for one station over several years using the Internet required downloading one file per year.”

“It was a very frustrating issue. This has been a gap for me and other researchers interested in Canadian climate,” Nazemi said. “We wanted to make the data accessibility better so that the science community can get to the data more easily. This inevitably results in a better understanding of variability and change in weather and climate over Canada, and its role in socio-economic activities and livelihood across Canadian communities.”

A key goal is to mobilize climate data to shift public opinion, Concordia News notes. “The public perception of climate change is rather biased as it is viewed often as a political issue,” Nazemi said. “We wanted to inject some factual knowledge here and help change how Canadians perceive a critical societal issue like climate change.” To that end, Nazemi and Jiwa “specifically created a search function that would allow someone to compare data from any Canadian station in a reference year with current condition, a simple comparison which can demonstrate how climate has changed over time,” Concordia News states.