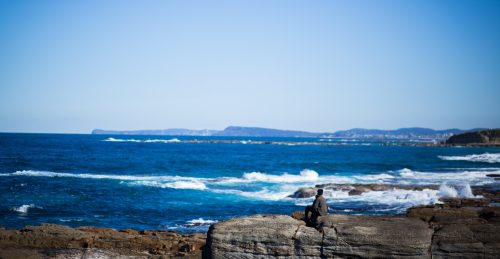 What does oceanic carbon uptake achieve? Greenhouse gas that sinks below the waves slows global warming a little and makes the water more acidic.

LONDON, 20 March, 2019 − Scientists can now put a measure to the role of the waves as a climate shock absorber: they estimate that oceanic carbon uptake by the deep blue seas has consumed 34 billion tonnes of man-made carbon from the atmosphere between the years 1994 and 2007.

This is just about 31% of all the carbon emitted in that time by car exhausts, power station chimneys, aircraft, ships, tractors and scorched forest, as human economies expand and ever more fossil fuel is consumed.

This confident figure is based on a global survey of the chemistry and other physical properties of the ocean by scientists from seven nations on more than 50 research cruises, taking measurements of the ocean from the surface to a depth of six kilometres.

The researchers report in the journal Science that they already had the results of a global carbon survey of the oceans conducted at the close of the last century, and had calculated that from the dawn of the Industrial Revolution – when humans started using coal, and then oil and gas – to 1994, the oceans had already absorbed 118 billion tonnes.

“The marine sink does not just respond to the increase in atmospheric CO2. Its substantial sensitivity to climate variations suggests a significant potential for feedbacks”

For the latest exercise, they developed a statistical tool that helped them make the distinction between the man-made and the natural atmospheric carbon dioxide always found dissolved in water.

The good news is that the ocean remains for the moment a stable component of the planet’s carbon budget: overall, as more man-made carbon is emitted from exhausts and chimneys, the ocean takes up proportionally more.

The bad news is that this may not go on for ever. At some point, the planet’s seas could become saturated with carbon, leaving ever more in the atmosphere to accelerate global warming to ever more alarming temperatures.

And there is a second unhappy consequence: the more carbon dioxide absorbed by the oceans, the more the sea shifts towards a weak solution of carbonic acid, with potentially calamitous consequences both for marine life and for commercial fisheries.

Research like this is essentially of academic interest: it adds precision to the big picture of a vast ocean that absorbs carbon dioxide, and overturning currents that take it to great depths, and out of atmospheric circulation.

But it is also a reminder that the ocean plays an active role in moderating planetary temperatures, absorbing ever greater quantities of heat and responding with fiercer levels of energy.

It also confirms that although, on average, the high seas are responding to atmospheric change as expected, different ocean basins can vary: the North Atlantic actually absorbed 20% less CO2 than expected between 1994 and 2007, probably thanks to the slowing of the North Atlantic Meridional Overturning Circulation at the time.

And, the researchers say, the acidification of the oceans is on the increase, to depths of 3000 metres. The next step is to understand a little better the interplay between ocean, atmosphere and human emissions of greenhouse gases.

“We learned that the marine sink does not just respond to the increase in atmospheric CO2,” said Nicolas Gruber of the Swiss Federal Institute of Technology, always known as ETH Zurich, who led the study.

“Its substantial sensitivity to climate variations suggests a significant potential for feedbacks with the ongoing change in climate.” − Climate News Network