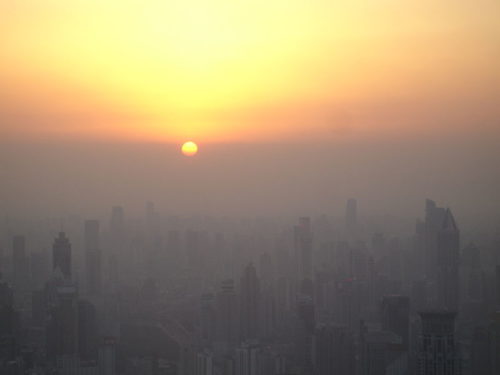 Air pollution, most of it from fossil fuel burning, led to 8.8 million premature deaths world-wide and nearly 800,000 in Europe in 2015, almost double the previous estimate of 4.5 million and even more than the seven million per year caused by tobacco smoking.

Between 40 and 80% of the early deaths were due to cardiovascular diseases like heart attacks and stroke, Global News reports, citing a new study in the European Heart Journal. More than half of them could be averted by replacing fossil fuel burning with renewable energy.

“Since most of the particulate matter and other air pollutants in Europe come from the burning of fossil fuels, we need to switch to other sources for generating energy urgently,” said co-author Prof. Jos Lelieveld of Germany’s Max-Plank Institute for Chemistry and the Cyprus Institute. “When we use clean, renewable energy, we are not just fulfilling the Paris Agreement to mitigate the effects of climate change. We could also reduce air pollution-related death rates in Europe by up to 55%.”

The study “focused on ozone and the smallest pollution particles, known as PM2.5, that are particularly harmful to health as they can penetrate into the lungs and may even be able to cross into the blood,” Global explains. “The researchers said new data indicated the hazardous health impact of PM2.5—the main cause of respiratory and cardiovascular disease—was much worse than previously thought.” On that basis, they’re urging the European Union to reduce an allowable threshold for PM2.5 that currently stands at 25 micrograms per cubic metre, 2.5 times higher than the World Health Organization guideline.

The study “combined three sets of data: air pollution exposure, population density and age, and the health impacts of toxic air,” The Guardian notes. “It calculated a much higher number of premature deaths because better data on the wide impacts of air pollution is now available,” with 40 large studies now out in the literature.

The researchers found significant differences in impact among countries, from 154 early deaths per 100,000 population and an average loss of 2.4 years’ lifespan in Germany, to 98 per 100,000 and a 1.5-year loss of life expectancy in the United Kingdom.

A week before the European Heart Journal study appeared, the United Nations’ special rapporteur on human rights and the environment, David Boyd, reported that six billion people regularly inhale air “so polluted that it puts their life, health, and well-being at risk,” the Irish Sun reports. The news report cites a death toll of 800 per hour, or seven million per year, including 600,000 children.

“Air pollutants are everywhere, largely caused by burning fossil fuels for electricity, transportation, and heating, as well as from industrial activities, poor waste management, and agricultural practices,” the Sun states, citing Boyd. “Among the Special Rapporteur’s key recommendations are a ban on new fossil energy power plants and the replacement of existing ones by 2030, along with support for the growth of distributed renewable energy generation systems.”A third paper released last week based on a 15-year international study shows coal-fired power plants producing more ultra-fine dust particles than road traffic, Science Daily reports. “The study indicates filtration systems on modern coal-fired power stations are the biggest source of ultrafine particles and can have considerable impacts on climate in several ways,” even to the extent of modifying and redistributing rainfall patterns.