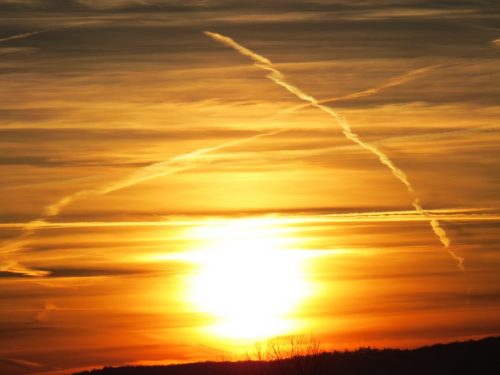 The United Nations and Saudi Arabia were tagged as the biggest offenders late last week after the United Nations Environment Assembly (UNEA), under pressure from high-emitting countries, failed to make any progress on a plan to look into the risks of geoengineering technologies and address the need for stricter controls over their development.

“Switzerland, along with 11 other countries, including Micronesia, Senegal, and New Zealand, had submitted a draft resolution mandating a report on the state of research, risks, and possible governance options related to geoengineering efforts,” DeSmog Blog reports. “But after nearly two weeks of controversial negotiations, the Swiss government withdrew the resolution on the evening of March 13, as no ground for consensus could be reached, despite intense efforts. The Swiss resolution could have been the starting point for regulatory approaches under UNEA, the highest UN body on matters related to the environment.”

The outcome leaves countries with “the urgent need for international oversight of these unproven and risky technologies,” DeSmog adds. “Research and development of geoengineering technologies to mitigate climate change is currently being driven forward through research programs, outdoor experimentation and pilot projects, public subsidies, and substantial investments from Silicon Valley, the fossil industry, and the mining industry.”

The article explains that geoengineering approaches “range from injecting sunlight-blocking particles into the atmosphere (to cool the planet) to fertilizing the ocean with iron to boost populations of carbon-absorbing phytoplankton.”

The cancelled resolution was a bitter disappointment to civil society organizations following the UNEA negotiations.

“The active opposition to any form of geoengineering oversight from the United States and Saudi Arabia should be a wakeup call to those who assume big emitters and oil producers will readily embrace responsible governance of these technologies if it interferes with business as usual,” said Carroll Muffett, President of the Center for International Environmental Law (CIEL), in a release circulated by the Montreal-based ETC Group.

“The need for further steps towards comprehensive and binding UN governance for these high-risk technologies is more urgent than ever,” said Heinrich Böll Foundation President Barbara Unmüßig. “The transboundary risks and adverse impacts of geoengineering go far beyond the climate change discussion,” with techniques like solar radiation management and carbon dioxide removal jeopardizing “not only ecosystems and livelihoods but also human rights, sustainable development goals, and peace.”

Unmüßig called on countries that stood up for “precautionary and effective governance” of geoengineering to now “take the necessary steps towards an international ban.”

DeSmog’s coverage includes details on the arguments the U.S. and Saudi Arabia put forward to scuttle Switzerland’s initiative, contending that the next assessment report from the Intergovernmental Panel on Climate Change “would fully and comprehensively address all matters related to geoengineering.” But “given its mandate and expertise primarily on climate change issues, it is clear that the IPCC can’t and won’t cover all of the aspects of the risks associated with global geoengineering.”

On the contrary, “in order to do justice to the profound, multi-dimensional risks associated with geoengineering, its governance requires meaningful cooperation and active involvement by all relevant UN institutions with their different expertise and mandates.”