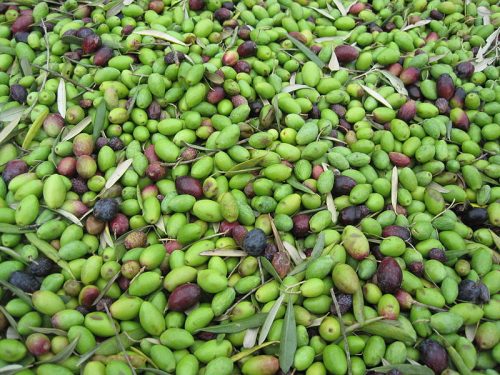 Italy will be depending on olive imports beginning in April, after a 57% drop in this year’s harvest brought about mostly by extreme weather.

“Olive trees across the Mediterranean have been hit by freak events that mirror climate change predictions—erratic rainfalls, early spring frosts, strong winds, and summer droughts,” The Guardian reports. The worst harvest in 25 years prompted thousands of Italian farmers to don orange vests and participate in protests in Rome in early March.

“There are clear observational patterns that point to these types of weather extremes as the main drivers of [reduced] food productivity,” said Prof. Riccardo Valentini, director of the Euro-Mediterranean Center on Climate Change. “Freezing temperatures in the Mediterranean are anomalous for us. In any direction the extremes are important and, indeed, they are predicted by climate change scenarios.”

Valentini adds that past reports by the Intergovernmental Panel on Climate Change (IPCC) “all point to these climatic extremes as one of the major impacts of climate change.” So “we know there will be more extremes and anomalies in the future.”

“Average temperatures in the Mediterranean have already risen by 1.4°C above pre-industrial levels—compared with a global average of about 1.0°C—and precipitation has fallen by 2.5%,” The Guardian notes. “Olive trees are weakened by these kinds of weather shocks and, even if they recover, are left more vulnerable to outbreaks of the xylella fastidiosa bacterium and olive fly infestations, which have hit farmers in Italy and Greece.”

Valentini said sudden extremes of any kind have a greater impact on the ground than averages. “Three or four days of 40°C temperatures in summer, or 10 days without rain in spring—even two days of freezing temperatures in spring—are more important than the average for the year.”

Italy’s Coldiretti farmers’ union places the cost of this year’s olive oil collapse at €1 billion and rising. “The government promised a solution but it has not given any more resources for the olive farmers,” a spokesperson said, and has “no plan for [addressing] climate change and olive oil production, either.”

The European Commission is projecting olive harvest losses of 20% in Portugal and 42% in Greece, and industry sources say the final tallies for the year could be “significantly worse”, The Guardian states. Spain is currently the continent’s leading olive producer.