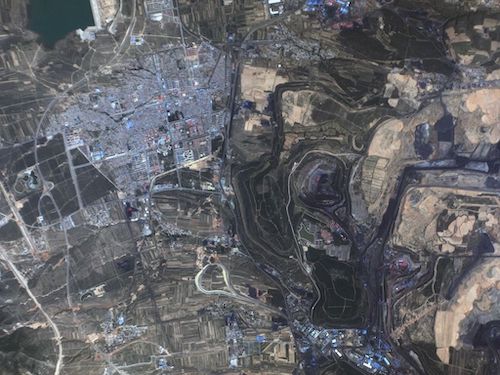 The increase, sufficient all on its own to drive up global greenhouse gas emissions in 2018, was the result of a construction boom that began in 2016, Unearthed reports, based on an analysis of official data.

“China’s CO2 emissions fell from 2013 to 2016 due to a shift away from smokestack industries and construction as economic drivers, booming power generation from renewable energy, and policies to tackle air pollution,” the publication states. But the more recent boom “has seen demand for steel and other construction materials surge, driving up coal use and emissions in China and pushing global emissions back to growth.”

Government figures show coal production growing 3.3% in 2017 and 4.5% in 2018, with coal consumption for those years increasing only 0.4 and 1.0%—though Unearthed, a journalism project connected to Greenpeace UK, points to uncertainties around the data.

“Whether the emissions increase continues into 2019 depends on several things: whether the government responds to economic woes with another round of stimulus to highly-polluting smokestack industries or decides to push for economic transformation, moderating energy demand growth; whether the speed of clean energy deployment can grow to meet overall demand growth; and whether the war on smog gets back on track after setbacks this winter,” writes Greenpeace senior analyst Lauri Myllyvirta.

Mitigating factors could include a construction boom that has run far ahead of demand for housing, with 22% of apartments in China reported to be empty, and a major, new clean air program introduced in 2018. On the other hand, Myllyvirta points to growth of a highly-polluting coal-to-chemicals industry that releases “even more CO2 and toxic pollutants in the process than the conventional petrochemicals industry”.

The sector grew 60% from 2016 to 2018, and is expected to increase another 30% through 2020. “2018 saw a wave of new projects going into construction, with a single province, Sha’anxi, starting construction on 10 new coal-to-chemicals plants,” he states.

And while China’s non-fossil electricity production surged, bringing coal and natural gas down to 70% of total demand, “even this impressive clean energy growth only covered 30% of incremental power demand,” in a year when the country saw its biggest increase in electricity consumption since 2013. “To put it another way, clean energy growth would need a further tripling to match new power demand at 2018 growth rates.”

Trump Climate Deregulation Could Boost U.S. Emissions by 200 Mt Per Year by 2025