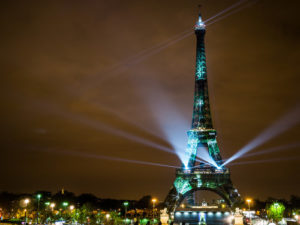 Growing production in Canada and the United States has added the equivalent of another Russia or Saudi Arabia to global oil and gas markets in the last decade, pointing to a “growing disconnect” between fossil production and the urgency of the climate crisis, International Energy Agency Executive Director Fatih Birol told an audience in Ottawa late last month.

“The problem, said Birol, is that there is already no more room to increase the amount of pollution that humans add each year to the atmosphere,” National Observer reports. “All of the cars, trucks, power plants, factories, and other facilities that have already been built around the world, he said, will eat up the rest of the planet’s so-called ‘carbon budget’,” the amount of carbon humanity can emit without driving average global warming above the targets in the 2015 Paris Agreement.

“Canada has committed to investing billions of dollars over the next several years in clean technology that Birol said can take a big bite out of oil demand,” and has committed to decarbonization measures like a national carbon price and a 2030 deadline to phase out coal-fired power generation, Observer notes. “But the government also spent billions of dollars to buy the Trans Mountain oil pipeline and expansion project,” among other pro-fossil investments and subsidies, and “those waiting in the wings to take power in Canada promise even more fossil fuel exploitation. Official Opposition Conservative leader Andrew Scheer has referred to Canada’s oil as the ‘cleanest’ energy in the world, and continues to do so.”

For its part, “the Liberal government does not see a contradiction in all its efforts. It says decarbonization won’t happen overnight, and needs to be encouraged over several years, with the energy sector continuing to receive support in the interim. It sees lower-carbon shifts, such as from diesel to natural gas, as better than doing nothing,” Observer explains.

But “Birol laid out a stark assessment of the planet’s energy picture, and the uphill battle facing nations in cutting their carbon emissions,” writes Ottawa correspondent Carl Meyer. “Oil production in North America has more than doubled since 2009, despite Canada promising to cut its carbon emissions since the 1990s.” The two countries’ combined output now stands at about 22 million barrels per day, compared to 10 million barrels a decade ago.

“I believe the full impact of the North American oil and gas surge has not been felt yet,” Birol said, adding that the impact of current production is already serious enough.

“Leave aside for a moment what we are going to build that’s new,” he said. “I asked my colleagues, can you please calculate in the next 25 years, how much emissions will come from existing power plants, existing industrial facilities, existing cars and trucks, throughout their economic lifetime? The answer, ladies and gentlemen, was very depressing.”

With 95% of the available carbon budget already accounted for, “we have no room to maneuver,” he said. “If we want to be in line with the Paris target, we wouldn’t build any non-zero carbon plants, no new cars, no new factories.”

Natural Resources Minister Amarjeet Sohi said he saw no contradiction in a federal strategy that simultaneously develops clean energy technologies and lavishly supports the fossil industries. “The kind of innovation and investment in new technology, or development of new technology that has happened in Canada, a lot of that actually relates to the natural resources sector—the oil and gas sector, the forestry sector, or the mining sector.”

But cleantech analyst Céline Bak recently reported that “emerging firms are struggling to operate in the low-carbon economy, where prices for the commodities they replace—including energy derived from oil and gas—are volatile, and where prices for the pollution they address—such as carbon—remain low and are also subject to volatility.”