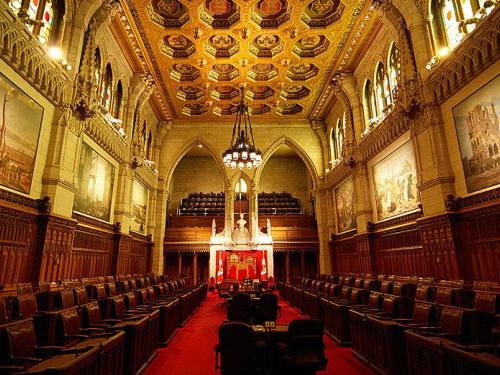 Canada’s proposed Impact Assessment Act, Bill C-69, is “poised for major Senate surgery” as time runs out for passage of a final bill before Parliament shuts down for the federal election this fall.

The legislation has already seen 136 amendments since it was introduced in the House of Commons in February 2018, The Canadian Press reports. Now, members of the Senate energy committee are promising further changes, even though fossils’ all-out effort to stall or kill the bill has made only the smallest dent on mainstream public opinion.

The Senate committee is promising to table its final report on the bill by May 9. But CP says it won’t publish proposed amendments for several more weeks, after deciding about 10 days ago to hold a nine-city tour to hear testimony on the measure.

“That leaves less than two months for the Senate to finish third reading—where senators can propose substantial changes to a bill—and the government to determine how many of the expected amendments it will accept,” CP reports, in a dispatch published by industry newsletter JWN Energy. “If the bill does not get royal assent this spring, it will fall to the cutting room floor because any bills on the order paper go back to square one after the election, no matter whether the Liberals win again.”

The bill’s sponsor, Sen. Grant Mitchell, says he’s open to amendments, as are Environment and Climate Minister Catherine McKenna and Prime Minister Justin Trudeau. Tim McMillan, president of the Canadian Association of Petroleum Producers, said he “doesn’t like the bill as-is, but killing it would tear up years of work and not provide any more certainty to his industry,” CP writes.

That comment comes after months of lobbying and hyperbole against a bill that initially earned praise from the Canadian climate community, which saw it countering Harper-era deregulation that largely gutted environmental protections and community consultation on major resource projects.

The news report indicates the intensity of the industry lobby campaign.

“This week alone, the premiers of Alberta and Newfoundland and the energy ministers of Saskatchewan and Ontario presented to the committee,” CP stated March 4. “Senators have also received nearly 50,000 letters urging them to either kill the bill or agree to major changes on everything from review timelines to who can be heard during a specific review.”

In response, “Independent and Conservative senators are indicating a desire for some pretty significant changes.”