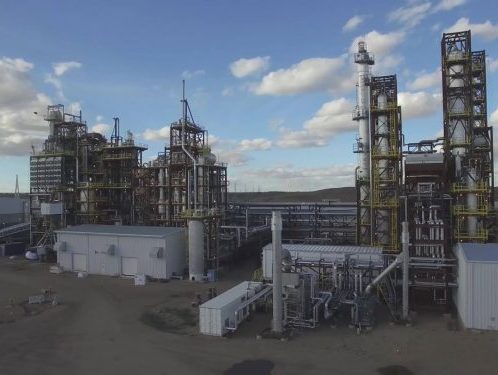 Montreal-based Enerkem and Royal Dutch Shell are joining two other companies and the Port of Rotterdam in a commercial-scale project to convert non-recyclable waste materials into chemicals and biofuels.

The project is the first of its kind in Europe, and Shell has signed on as an equity partner.

“The planned facility will convert up to 360,000 tons of waste into 220,000 tons (270 million litres) of bio-methanol—a chemical building block that is used to manufacture a broad range of everyday products, as well as being a renewable fuel,” Recycling Product News reports, in a release that originated with Enerkem.

“This represents the total annual waste of more than 700,000 households,” as well as carbon dioxide emissions reductions “estimated at about 300,000 tonnes when compared to the production of methanol from fossil fuels.”

“Industry partnerships just like this one are critical to delivering some of the many solutions society will need to meet energy demand while reducing emissions to tackle climate change and air pollution,” said Shell General Manager, Advanced Biofuels Andrew Murfin. “Advanced biofuels, including those produced using bio-methanol, have the potential to decarbonize the transportation sector, in particular,” where Shell believes users “will continue to rely on liquid fuels, especially for long journeys and heavy duty vehicles, for years to come.”

With two production lines, the Rotterdam plant will have twice the capacity of Enerkem’s commercial operation in Edmonton. “It will benefit from the state-of-the-art infrastructure available within the Port of Rotterdam, as well as synergies with Air Liquide (large industries) for supplying the required oxygen and with Nouryon, for the hydrogen raw material,” the release states. “The current aim is that the facility’s sustainable methanol output will be purchased by Nouryon and Shell.”

Enerkem casts the waste-to-chemicals project as “a prime example of how a true circular economy can be achieved by preventing the use of fossil sources for new materials, diversifying the energy mix, and by making everyday products lower carbon while offering a smart, sustainable alternative to landfilling and incineration. The project can help The Netherlands realize its ambition to become virtually carbon-neutral by 2050.”