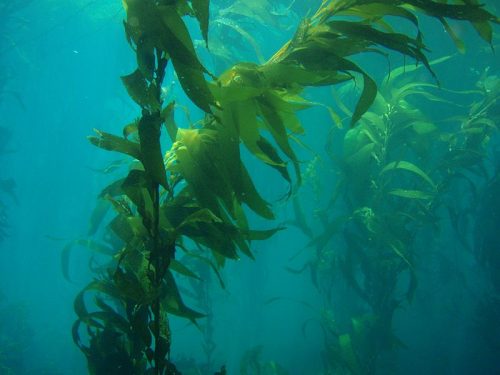 A new paper in the journal Nature Climate Change says ocean heatwaves act like “wildfires that take out huge areas of forest” and are becoming much more frequent, killing off kelp, seagrass, and coral and imperiling an ecosystem humanity relies on for oxygen, food, storm protection, and atmospheric carbon removal.

“You have heatwave-induced wildfires that take out huge areas of forest, but this is happening underwater, as well,” said lead author Dan Smale of the Plymouth, UK-based Marine Biological Association. “You see the kelp and seagrasses dying in front of you. Within weeks or months they are just gone, along hundreds of kilometres of coastline.”

In their review of 116 research papers covering eight marine heatwaves, “the scientists compared the areas where heatwaves have increased most with those areas harbouring rich biodiversity or species already near their temperature limit and those where additional stresses, such as pollution or overfishing, already occur,” the UK-based newspaper adds. “This revealed hotspots of harm from the northeast Atlantic to the Caribbean to the western Pacific.” The research pointed to natural El Niño cycles as a key influence in some parts of the ocean and was less certain about the impact of climate change, but the broader trend of gradual ocean warming means heatwaves are worse when they hit.

“The starting temperature is much higher, so the absolute temperatures are that much higher and more stressful,” Smale said. While some marine wildlife should be able to move to cooler areas, the heatwaves often hit larger areas, faster than fish can move.

As an example of the socio-economic impact of ocean heatwaves, the authors pointed to tensions between Canada and the United States after lobster stocks in the northwest Atlantic took a major hit in 2012.

The research “makes clear that heatwaves are hitting the ocean all over the world…The ocean, in effect, is spiking a fever,” said Malin Pinsky, assistant professor of ecology, evolution, and natural resources at Rutgers University, who was not involved with the study. “These events are likely to become more extreme and more common in the future unless we can reduce greenhouse gas emissions.”