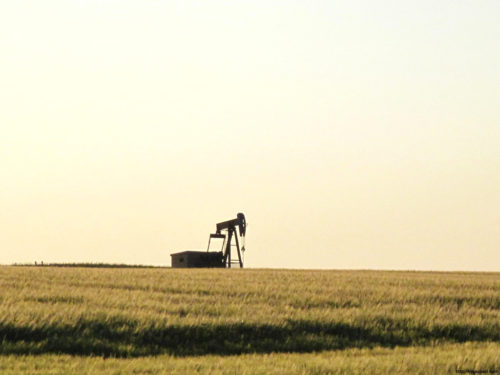 The National Energy Board says Canada’s oil production is set to drop this year for the first time in a decade, and economist Robyn Allan warns that’s just the start of the transition challenge facing the Alberta economy.

“The country’s volumes have been increasing every year since 2010, when production averaged 2.83 million bbls/d,” JWN notes. “The last year-over-year decrease in the data is 2008-2009,” likely due to “tanking commodity prices during the global recession”.

But while JWN attributes the 2019 decline to Alberta’s oil curtailment, a “backlog” in new tar sands/oil sands projects, and “ongoing investment uncertainty”, Allan sees a broader trend taking shape. In an open letter to Alberta Premier Rachel Notley and opposition leader Jason Kenney, she warns that “whichever one of you is entrusted with the opportunity to lead Alberta into the future after the provincial election” will have to deal with the reality of stranded tar sands/oil sands assets.

[Beyond this summary, you should click through and read the whole letter—Ed.]

“The Alberta oilsands sector is a mature sector, not a growth sector. It has entered the phase in its life cycle where corporate boardroom discussions have transitioned from the inevitability of rapid oilsands expansion to how best to sustain current production,” she writes, in a post for National Observer. “In this phase of the oilsands life cycle, Trans Mountain’s expansion is obsolete.”

The reality is that “no amount of market intervention or increased oil industry subsidization can alter the course these captains of industry are on,” Allan adds. “However, that will not stop them from angling for taxpayer handouts by pretending another wave of oilsands investment is just beyond the horizon. The more taxpayer money they can convince all levels of government to transfer to their corporate treasuries, the easier their transition off fossil fuels becomes.”

In a detailed analysis of business decisions around Alberta fossil development and Trans Mountain, she cautions Notley and Kenney that the tar sands/oil sands will begin to decline by 2022. That makes it “folly for you to cling to an exaggerated and unrealistic supply outlook for oilsands growth when industry, the ecosystem, and the world marketplace have moved on.” Insufficient supply combined with rising capital costs have become a “death knell” and a “project killer” for Trans Mountain, she adds, and “may the first candidate with the courage to face this new era win.”