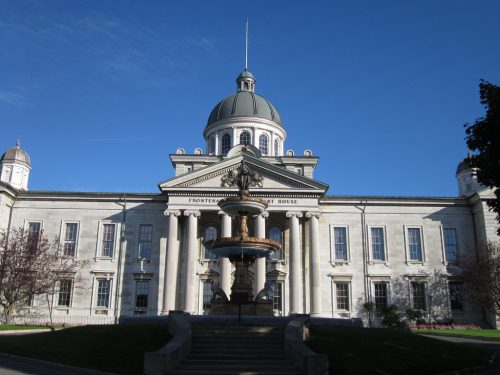 Kingston has become the first Ontario community to declare a climate emergency, after city council adopted a resolution Tuesday “for the purposes of naming, framing, and deepening our commitment to protecting our economy, our ecosystems, and our community from climate change,” the Whig-Standard reports.

“We need to act. That is undeniably the message around the horseshoe tonight,” said Trillium District Coun. Robert Kiley, adding that climate change threatens the community’s social, economic, and environmental stability. “If we pass this and do not act for five, 10 years, none of us deserves to be re-elected.”

The only hint of opposition came from Loyalist-Cataraqui District Coun. Simon Chapelle, who wanted to be sure the resolution didn’t distract from initiatives to attract socially aware business innovators.

The vote had strong support from three community delegations, the Whig reports.

“If this isn’t an emergency, I don’t know what is,” said Queen’s University student Mia Berlin. “The time to act is now.”

“This is a crisis, and we must treat it like one,” said Emily Ferguson, co-founder of the Kingston Climate Hub. “The rational response to an emergency is to act like it is an emergency,” agreed co-founder Colleen Gareau.