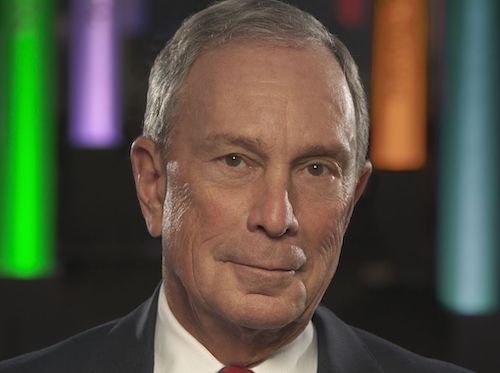 Former New York mayor Michael Bloomberg has pledged campaign funding to shut down the last of the United States’ coal-fired power plants by 2030 and speed up the transition to a 100% clean energy economy.

While most media covering Bloomberg’s announcement earlier this week focused on his decision not to enter the crowded primary for the Democratic nomination for president, ClimateProgress Founding Editor Joe Romm says the bigger story was his promise to amp up his support for the post-carbon transition.

“Mother Nature does not wait on our political calendar, and neither can we,” Bloomberg said in a statement published by the news service that bears his name. But “until 2021, and possibly longer, our only real hope for progress lies outside of Washington.” So rather than pursuing an uncertain course to a possible presidential nomination, the multi-billionaire decided to double down on the more than US$100 million he has contributed since 2011 to Beyond Coal, the U.S. Sierra Club campaign that has helped shut down 285 of the country’s 530 coal plants in less than a decade.

That effort “was the single biggest reason the U.S. has been able to reduce its carbon footprint by 11%—and cut deaths from coal power plants from 13,000 to 3,000,” he wrote.

“Now, I will take the next big steps,” he added. “First, I will expand my support for the Beyond Coal campaign so that we can retire every single coal-fired power plant over the next 11 years. That’s not a pipe dream. We can do it. And second, I will launch a new, even more ambitious phase of the campaign—Beyond Carbon: a grassroots effort to begin moving America as quickly as possible away from oil and gas and toward a 100% clean energy economy.”

“An economy entirely powered by clean energy is the exact same goal laid out in the sweeping Green New Deal that has captured the nation’s attention over the past few months,” Romm notes. But “Bloomberg points out that while any such deal ‘stands no chance of passage in the Senate over the next two years,’ the science makes clear action must start now.” So far, “Bloomberg’s targeted effort with clear goals stands in sharp contrast to most of the actual 2020 Democratic presidential candidates, who have offered little more than vague support for a Green New Deal.”

Which is why Romm concludes the biggest news from Bloomberg’s Tuesday announcement “was that a man worth $55 billion and a track record of helping to shut down half the country’s coal plants has just committed to shutting down the rest by 2030, and then taking the country off fossil fuels entirely.”

Consultant Touts ‘Virtual Pipelines’ to Build Customer Base for LNG